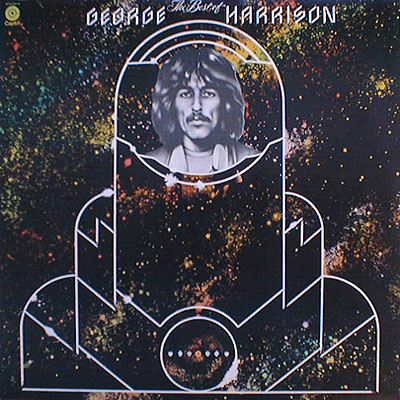 This was the first solo Beatles best-of to mix the fab four with the less fabulous four what followed (ATMP, LITMW, DH and ET), and I remember taking umbrage with that at the time, seeing as how no one thought Ringo needed to be propped up with “Yellow Submarine,” only I must have misplaced that umbrage over the years and now it doesn’t rankle me so. Plus, let’s be honest, you’d rather hear “While My Guitar Gently Weeps” than “This Guitar (Can’t Keep From Crying),” wouldn’t you? The Best of George Harrison is actually something of a trailblazer among compilations by mixing group work with solo work; it took years before anyone dared reconcile Roxy Music with Bryan Ferry’s solo music, for example. The selections presented here are pretty much spot on, although I would have placed them in chronological order (because I am a gray little man with no imagination) and maybe tried a little harder to squeeze “Piggies” in here. The decision to add something from Dark Horse is also a necessary evil, I suppose, if only to warn people away from buying it (BEWARE, the other songs are even worse, it says). Maddeningly (ah, there’s that umbrage), the labels waited years before releasing another compilation of Harrison’s material, and then it was contained to the albums that followed, so that if you pieced the two compilations together you had twenty minutes of the Beatles, twenty minutes of solo George at his finest, and forty minutes of crap. (Okay, that’s not entirely true, since I think The Best of Dark Horse ran closer to 60 minutes.) My griping aside, The Best of George Harrison really is the best plastic shrine to any of The Beatles that I’ve encountered and a great place to start if you’re, um, re-entering the earth’s atmosphere after 50 years in space.

All selections composed by George Harrison.