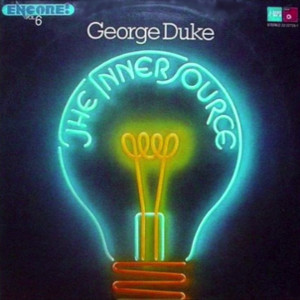 Two albums in one (Solus, The Inner Source) that showcase Duke’s colossal Rhodes skills and artistic range, backed by the George Duke Trio.

Kronomyth 4.0: The Island of Lost Solus.

This double album is, in reality, two separate sessions recorded in 1971 that were originally intended to be separate albums called Solus and The Inner Source. Long story short, the original music label (SABA) changed hands a couple of times, eventually ending up back in the hands of its original owner at a newly started label, MPS. Recorded with the standing George Duke Trio (John Heard, Dick Berk) plus some extra horns and percussion, the recordings align with Duke’s short tenure in the Cannonball Adderly band (as Joe Zawinul’s replacement, no less) following his first stint with The Mothers. For some reason, MPS opted to interleave the recordings from both sessions, so the flavor of the two is now mixed together.

The Inner Source is an important stage in Duke’s journey of self discovery—a pair of Rhodes trips where he explores the range of the electric keyboard in a variety of settings, from Coltrane meditations (“Peace”) to avant-garde (“Solus”) and Africana (“Nigerian Numberama”). To my mind, the stronger pieces are the more direct and melodic: “Feels So Good,” “So There You Go,” “The Inner Source.” “Some Time Ago,” popularized by Sergio Mendes, is another highlight, here re-imagined in a frothy Coltrane treatment. Otherwise, a lot of The Inner Source sounds like a cross between generic jazz (“Love Reborn”) and a Rhodes demonstration record (“Manya”). Those listeners interested in the journey of George Duke would do well to pick up a copy of The Inner Source, if they can find it at a reasonable price. Unfortunately, it hasn’t been released on compact disc yet, which may speak more to the condition of the original tapes than commercial interest.