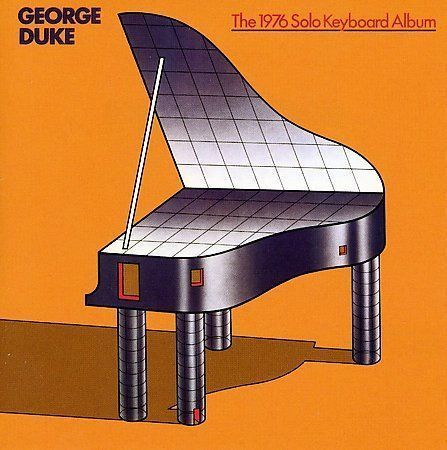 A remix/reissue of Duke’s DIY album, The Dream, featuring fusion, funk and some acoustic piano stuff too.

Kronomyth 9.5: The Stuff That The Dream Was Made Of.

In 1976, as his contract with MPS was coming to a close, George Duke recorded a true “solo” album on which he played every note. Released in Europe in 1978 as The Dream, the record got lost amid Duke’s newfound fortunes as a funk star. In 1980, Duke remixed the record and put a few more finishing touches on it, re-releasing it in the US market under the inauspicious title, The 1976 Solo Keyboard Album. Just to ensure its doom, Epic put a picture of a grand piano on the cover.

What you’ll find here, in fact, is a standout assortment of fusion, funk and acoustic piano compositions that reveal Duke to be a one-man band. The opening “Mr. McFreeze” is robust fusion that fits right in line with Faces In Reflection and Feel; I had to go through the liner notes twice to make sure there wasn’t someone else playing on it (Duke handles the drums himself, although Ndugu he’s not). “Love Reborn,” based on the earlier “The Inner Source,” is the first of three acoustic piano pieces. Duke has a “heavier” playing style than his peers, drawing a clearer line between the piano and its percussive relations, but is no less evocative than Chick Corea and shows a real facility for improvisational playing on “Pathways” and “The Dream That Ended.”

The first side closes with a longer look at his unrealized opera, Tzina, which will immediately recall some of Frank Zappa’s classical frankensteins. Rounding out the record are two references to the Star Trek television series, “Spock Gets Funky” (originally titled “Spock Does The Bump At The Space Disco”) and “Vulcun Mind Probe” (yes, I know, don’t be a wiener and point it out). The first is pedestrian funk, the second a spacey fusion song that stands as one of the record’s highlights. Given that my expectations for this album were nearly nil, The 1976 Solo Keyboard Album turned out to be a very pleasant surprise. It’s an intimate look at what makes Duke tick, although funk fans will want to think twice before they reach for it, since this is primarily a jazz/fusion record.

All songs written by George Duke.