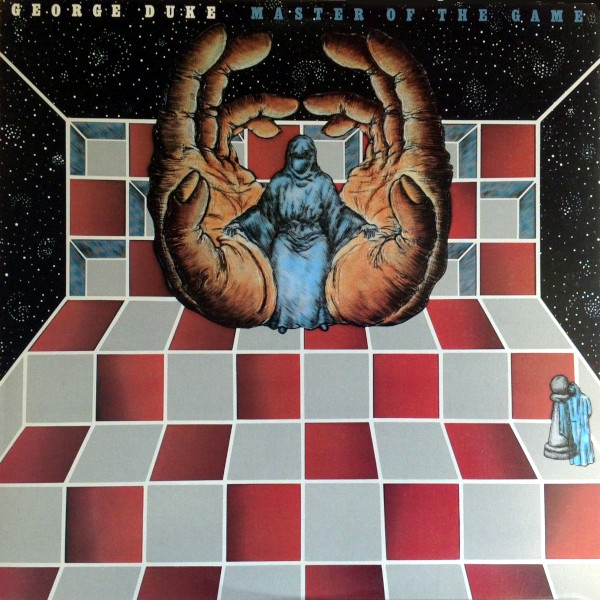 Another funk record, as the alien succumbs to the gravitational pull of the radio.

Kronomyth 15.0: Reaching (a saturation point) for it.

This is George Duke’s fourth foray into the field of funk, adding two more R&B hits in the bargain, “Every Little Step I Take” and an edited version of “I Want You For Myself.” It’s a smooth affair, featuring more prominent horns and percussion and vocals by a committee of Duke, Lynn Davis, Napoleon Brock and Josie James. Missing are the sharp sense of humor and fusion fantasies from his earlier works, which turned me off to this record a little in the beginning. The two-part alien sequence at the end, for example, isn’t as funky or funny as it could have been.

Honestly, funk needed a new way forward in 1979. The answer would come in hip-hop (The Sugarhill Gang) and new wave (Prince). You won’t find the answer on Master of the Game, just more of the same old funk in fresh packaging. You can hear some of that future in “I Love You More,” a song that prefigures the music of Scritti Politti by a few years. Master of the Game isn’t George Duke at the top of his game, but you can forgive him for rush-releasing another record at the peak of his popularity. It’s still an easy album to listen to and enjoy, a fitting companion in the funkography of Duke and a fine funk citizen for  1979.