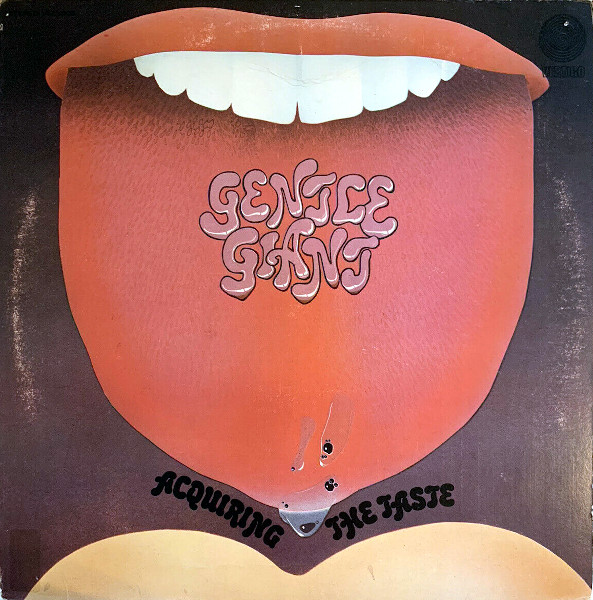 The followup to their eponymous debut is even more ambitious, with lots of heavy VDGG/Crimson undertones.

Kronomyth 2.0: A peach of a progressive rock album.

The group’s second album showed they had plenty more to say and play, with ornate arrangements that now featured tympanis, xylophones, string quartet, clarinets and exotic keyboard instruments. Acquiring the Taste is also a much heavier album (check out The House, The Street, The Room or Wreck), evoking such progressive heavy-hitters as King Crimson and Van Der Graaf Generator while showing a facility of classical arrangements, counterpoint and sheer musical invention that neither band possessed. No wonder some fans rank this as their favorite Gentle Giant album.

The opening Pantagruel’s Nativity, inspired by the fiction of Francois Rabelais, is another giant-themed opus that uses the highly stylized modern madrigal sound unique to Gentle Giant. Edge of Twilight feels like the soundtrack to a dream, only to be awoken by the nightmarish (and in all ways wonderful) “The House, The Street, The Room.” The difference in vocal styles between Philip and Derek Shulman creates a jarring light-dark dynamic on this album. The short title track is simply a solo Moog madrigal from Kerry Minnear.

Side two begins with one of my favorite GG songs, “Wreck,” itself an omen of the giant octopus. Although more frequently lauded for their music than lyrics, “Wreck” is poetry. The Moon Is Down builds upon one of the musical themes introduced in “Wreck” while moving back to the dreamy terrain of “Edge of Twilight” (which, interestingly, begins with the words “the moon is down”). Black Cat is a slinky-sounding number that reminds me of Curved Air and features Gary Green emulating a cat on his electric guitar (the first sighting of the big electric cat?). The blues-informed Plain Truth closes out the band’s second album on a high and heavy note.

Over a long and storied career, Tony Visconti remains particularly proud of Gentle Giant’s first two albums. I couldn’t tell you where his influence begins and ends, although the ending of “Wreck” sounds like something he contrived. Certainly, he and the group were aware that they were breaking down musical boundaries with these records, mixing classical and rock music in a way that bands like The Electric Light Orchestra would only scratch at in the years to come. If Acquiring the Taste feels more like a Gentle Generator than the Gentle Giant of Octopus, I say more power to them.