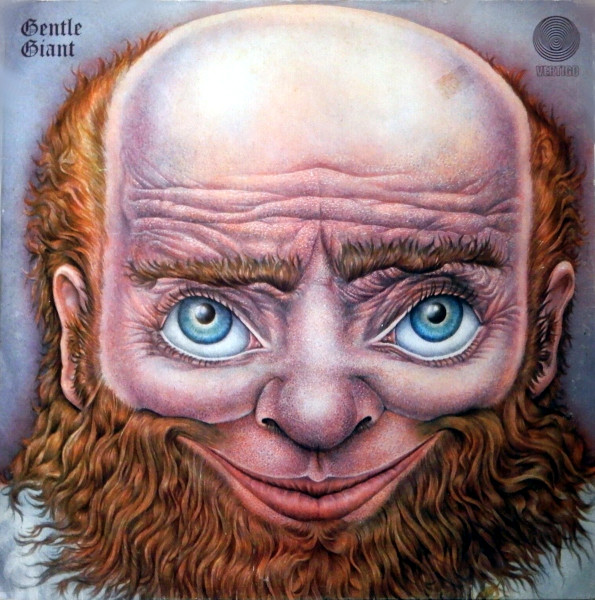 Kronomyth 1.0: Madrigal about the boys.

The first seven albums from Gentle Giant represent some of the best progressive rock ever recorded. Despite this, they have never enjoyed the commercial success of similarly talented bands such as Emerson, Lake and Palmer, Yes and Jethro Tull. I have no idea why this is. The only possible explanation I can think of is that not enough people were exposed to their music.

The band’s eponymous debut introduces their signature sound, a kind of rock & roll madrigal with contrapuntal melodies where strings, saxophones and searing electric guitar all make perfect sense. Actually, as I read that last sentence, I’m beginning to understand why Gentle Giant wasn’t a bigger success. My autistic mind enjoys busy music (it fills up the open electrons, so to speak), but I can hear where sensory overload may be an issue for listeners.

Gentle Giant is, if not an early prog masterpiece, at least a high-water mark in the movement. Yes and Tull had yet to release their best work, and it’s not outrageous to suggest that Gentle Giant may have spurred them on to greater heights. (That would seem to be the case on Tull’s post-Aqualung work.) Certainly, few bands had attempted anything as ambitious as Gentle Giant before. Envisioned as a kind of musical performance piece (I’d fall short of calling it a play), the album combines classical and rock elements in a way that makes Electric Light Orchestra seem positively clumsy. Funny Ways (featuring the gentle Phil Shulman on vocals) and Alucard (with bold brother Derek on vocals this time) are two of their best songs over a long career. Isn’t It Quiet and Cold? is just four minutes of pure musical joy, like a progressive rock version of The Kinks.

The second side of Gentle Giant is slightly less impressive. Nothing at All might have been tightened up a bit (it’s still a great track), Why Not? gives Gary Green’s blues guitar perhaps too much of the spotlight and the closing Queen is yet another version of a smart-alecky rock band paying tongue-in-cheek tribute to the crown. Then again, my lack of appreciation for the second side may be a lack of familiarity, as this album and In a Glass House were never a part of my Gentle Giant collection.

As inspired as their debut is, the albums that followed are even better, so pick up the journey wherever you want, so long as it isn’t after Interview. For progressive music fans, there are few discoveries in life as rewarding as discovering the music of Gentle Giant. Maybe Camel.