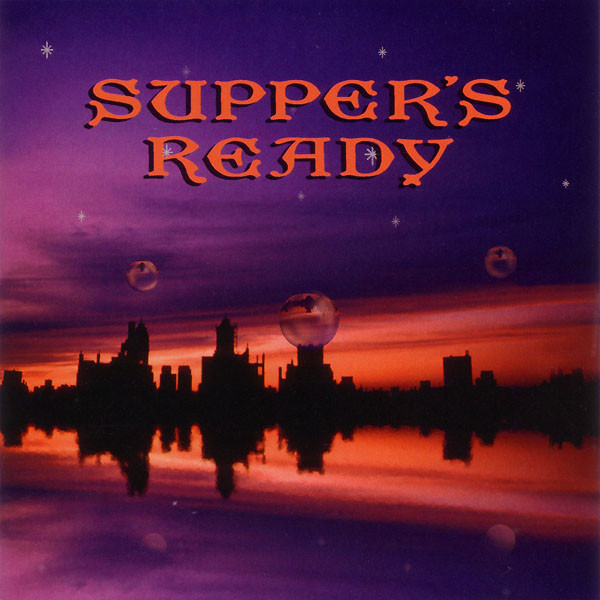 Minor prog stars, many from the Magna Carta label, take a shot at serving up some of Genesis’ greatest songs.

Kronomyth x.x: You name them all, we’ve had them here, but the real stars are still to appear.

Before we begin, let me tell you that Steve Hackett released a “tribute” album to Genesis the following year, called Watcher of the Skies. Great album, that, and one you should definitely snack on before Supper’s Ready. This album is compiled by neo-prog label Magna Carta. The same label that by 1996 had glutted the market with tribute albums to Rush, Yes, Pink Floyd and Jethro Tull. So, first off, a crass bit of business this tributary, which mostly provided an elevated platform for Magna Carta artists like Magellan, Cairo, Robert Berry, Shadow Gallery, Enchant and World Trade. There are, however, also some genuine prog contemporaries aboard who warrant a raised, appreciative eyebrow: Annie Haslam, Pete Bardens, Richard Sinclair, John Goodsall, David Hentschel. Nice to see them rummaging about in the old wardrobe.

What I like about Supper’s Ready is the song selection (only a fan could appreciate choices like “Man of Our Times” or “Many Too Many”), and the due deference accorded the legendary Genesis in detailed performances. Mostly, the bands play it by the books, which makes this sound like a very smart cover album more than anything. Kevin Gilbert’s version of “Back In N.Y.C.” (with Nick D’Virgilio and Mike Keneally!) and Crack the Sky’s creepy version of “I Know What I Like” are the notable exceptions.

What’s interesting is that the various vocalists have better luck with Peter Gabriel than Phil Collins (only Annie Haslam bests Buster). Have we seriously underestimated Gabriel’s understudy? Perhaps so. Imaginary points are docked for packaging (I have no idea what the cover is supposed to represent and the title Supper’s Ready makes as much sense as One For The Vine, Another Record or sundry other Genesis songs) and John Goodsall’s completely inappropriate guitar solo on “Carpet Crawlers.” Here’s hoping someone retaliates with a wanky guitar solo on Magna Carta’s inevitable Brand X tribute album.