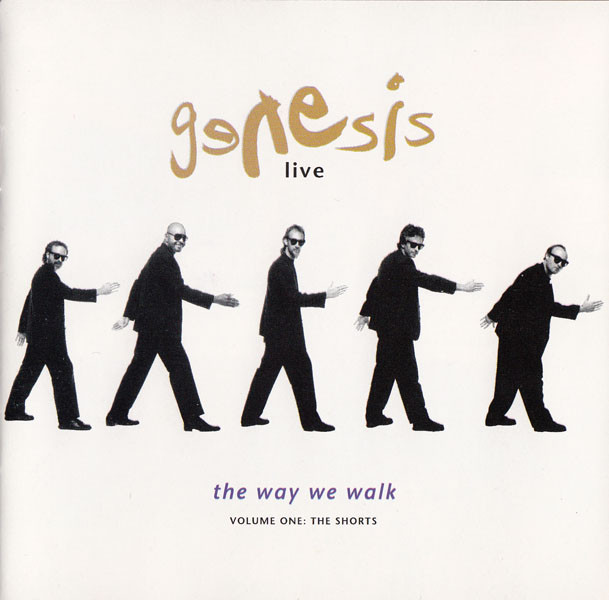 This should have been tax deductible as a retirement fund contribution.

Honestly, Genesis has never released an excellent live album, and they weren’t going to get lucky on the fourth try with a catalog that included 1983’s Genesis, Invisible Touch and We Can’t Dance. If you enjoyed those albums, welcome to Heaven—and pay no mind to the men with the pitchforks shoveling piles of money into the Genesis tour bus.

Two years earlier, Phil Collins released Serious Hits… Live which, in my opinion, is the one to own. Genesis simply seems to be going through the motions on this tour, perhaps because so much of the music now depended on Tony Banks’ preprogrammed keyboards, which gives the music a rigid and mechanical feel (“Mama,” “Land of Confusion”). It’s nice that Daryl Steurmer and Chester Thompson, part of the Genesis touring troupe since the 70s, are finally given full recognition, though the band might not have waited until the final curtain call to do it.

The Way We Walk Volume One: The Shorts is at least a clean concert document, so latter-day Genesis fans might find this a nice walk down short-term memory lane. The rest of us, sweetly smoke-stained graybeards and whitehairs who would trade our iPods for a good cup of tea, remember things differently. Starry-eyed, we’ve seen the souls collected on “Supper’s Ready,” and can’t reconcile that image with the trite treatment of a televangelist on “Jesus He Knows Me,” let alone applaud its nth retelling. By the time “Invisible Touch” and its F word arrives, we’ve already disappeared into the past to battle giant hogweeds and dance with moonlit knights, invisible and untouchable.

Design by Genesis and Icon. Photography by Lewis Lee and Cesar Vera.

[Review] Genesis: From Genesis To Revelation (1969)