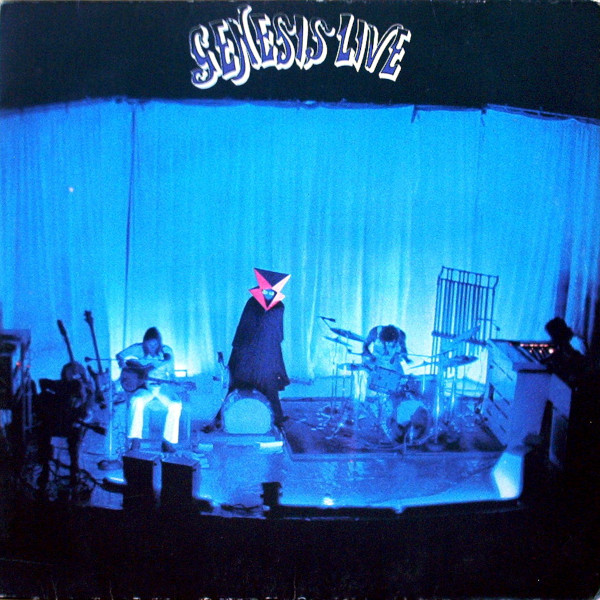 Kronomyth 5.0: Too little, too early.

Yeah, I’m gonna be that guy. The one who complains about one of five surviving albums featuring the classic Genesis quintet. Because supper wasn’t served, England was still under contract and I’m pretty sure I just bought these songs (Nursery Cryme, Foxtrot). Also, I’m kind of a jerk where live albums are concerned, since they tend to tarnish my pristine memories. I suppose it’s ironic that someone with so few long-term memories should be bothered by such a thing.

The original idea behind Genesis Live was to keep the band in the public ear while they worked on their next album, Selling England By The Pound. The ploy succeeded, and Genesis Live became the first Genesis album to reach the UK Top 10, capitalizing on the momentum of Foxtrot. Fast-forward almost a year later, and Genesis Live was finally released in the US, by which point the whole exercise seemed dated and unnecessary. At least to me. Some people prefer these live versions to the originals. Some people also prefer black licorice over red licorice. I can’t confirm that they’re the same people, but I have my suspicions.

The material from Foxtrot, which constitutes 40 percent of this record, sounds almost identical to the studio versions except, you know, not quite so polished. Another 40 percent is dedicated to Nursery Cryme and, I’ll admit, this may be the best version of Musical Box I’ve ever heard. It breathes in this performance. The record closes with a surprising version of The Knife from Trespass that benefits from having Phil Collins and Steve Hackett on hand, although it still sticks close to the original arrangement. And there you have it: five songs from their last three albums, all of which I’d trade for one decent live version of “Supper’s Ready.”

All selections written by Genesis.