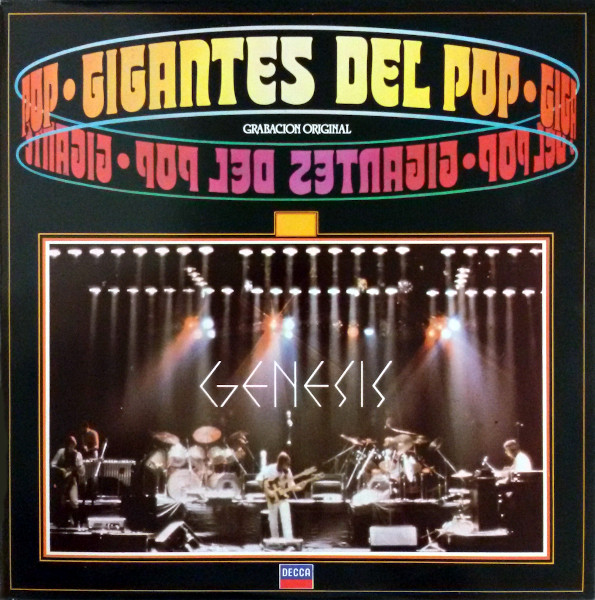 Ay, caramba! Another repackage of the band’s first album.

Kronomyth 13.6: From genesis to regurgitation.

Released in Spain when prog’s reign was mainly on the wane, this compilation is merely a repackage of the band’s first album, From Genesis To Revelation, bookended by their two earliest singles from 1968. As such, it’s a definitive review of Genesis prior to Trespass, should you wish to venture that far back.

Completists will enjoy getting all this in one helping, though the expanded reissue of their first album covers the same ground. The advantage this has over, say, In The Beginning, is slightly more saturated sound and smoother segues from track to track that underscore the fact that From Genesis To Revelation was conceived as a “concept” album.

Depending on how generous/nostalgic a mood I’m in, I do enjoy this music, albeit in a different way than their later work. The ambition and occasional experimentation are commendable, rendered a little roughly as they learned to play their instruments better, but “In The Beginning,” “That’s Me” and “The Conqueror” kick up some dust all the same. Still, it’s all too precious to take seriously: tracks like “Fireside Song” and “In Hiding” belong to a bygone era, innocent to the point of insincerity.

Like the earliest recordings from The Moody Blues or Vangelis, this material is more of historical than musical interest. Then again, a lot of people are interested in the history of Genesis. I’m simply pleased that the cassette played okay twenty years on (although my tape player did try to eat it on the second go ‘round). Approaching this with suitably low expectations (which the Seconds Out-era cover doesn’t facilitate) will prime you to enjoy this or any of their early-material compilations on some level.

[Review] Genesis: From Genesis To Revelation (1969)