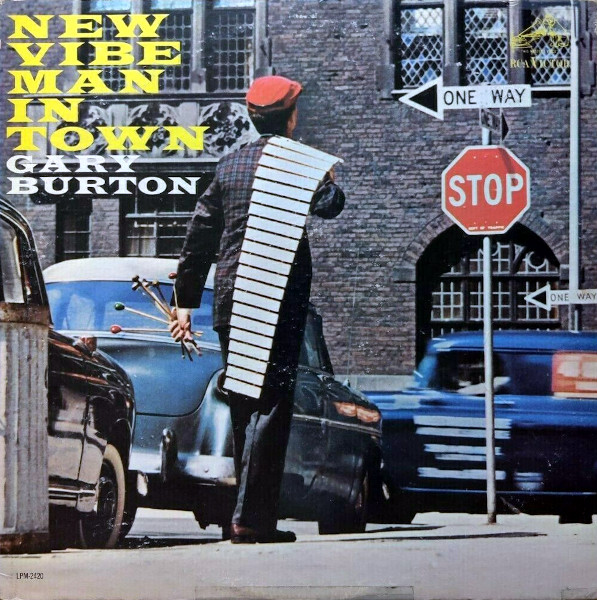 The 18-year-old vibraphonist from Indiana comes out swinging on his first session as a leader.

Gary Burton was only 18 years old when this album was recorded in the summer of 1961. Barely out of school, only a year of Berklee under his belt, Burton quickly insinuated himself into the NYC jazz scene as a vibe player worth watching. Together with bassist Gene Cherico and Dave Brubeck drummer extraordinaire Joe Morello, the trio appeared on Burton’s debut as a leader, New Vibe Man in Town, and Morello’s solo album of the following year, It’s About Time.

Although Burton opts for standards over originals, his first album reminds me a lot of Herbie Hancock’s debut album, Takin’ Off. Both are talented beyond their years, jazz albums that are conventional but confident, with established players to lend the sessions that gravitas withheld from youth. Their career trajectories took them in different musical directions, but Hancock and Burton were part of a new breed of jazz musicians that boded well for the future.

New Vibe Man in Town is a fun, breezy album that greatly benefits from the interplay between Burton and Morello. At several points, Morello upstages the junior Burton with his inventive playing, and rarely did I enjoy Burton’s soloing without thinking how well Morello’s playing complemented it. Cherico’s bass is fine in a supporting role but the rare solos that he gets are undermiked.

After the freshness of the opening Joy Spring hits you, the rest of the record has few surprises. That’s not a knock on the album, but a testament to its consistency. The Trio’s versions of Over the Rainbow won’t change your world, and I’ll take Bill Evans’ version of Like Someone in Love any rainy day, yet not everything has to be heavy in this world. The lightness of Burton’s playing is a kind of joy in itself, and with Morello and Cherico swinging behind him, it’s hard not to enjoy yourself while the disc is spinning.

Is it an important record? As an introduction to the music of Gary Burton, yes. Is it a landmark recording in jazz? No. The later albums have more to offer in terms of depth and development, but that Burton is a prodigious talent is as obvious as a flying mallet on this debut.