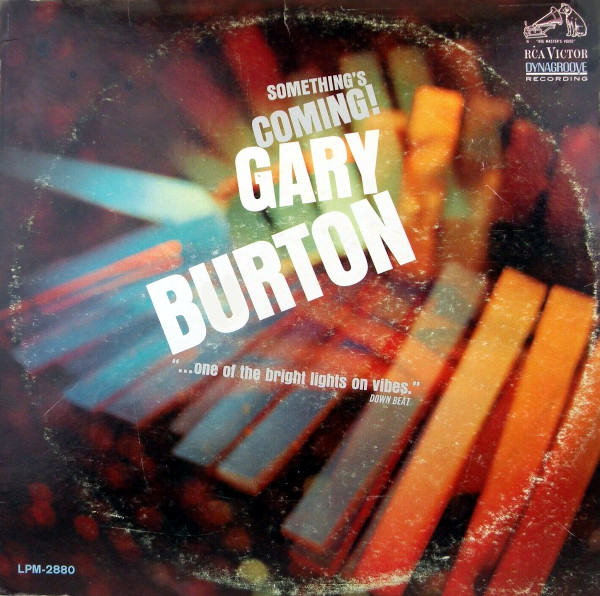 Something’s Coming comes out of the gate swinging with one of the most joyous versions of On Green Dolphin Street you’ll ever hear. After that, unfortunately, the album seems to take a step back from itself, contemplating the pairing of vibes and guitar for five songs until the convivial reunion of Summertime. Gary Burton and Jim Hall are the main attractions here (the album probably should have been co-credited to Hall) with the rhythm section from Bill Evans Trio (Chuck Israels, Larry Bunker) tying it all together in a beautiful red bow. The studious numbers in between the two bouncy bookends might be a bit boring sometimes, but the combination of Burton and Hall is magical when it clicks.

Burton’s third album features three original compositions, including two more written by friend and fellow Berklee alum Michael Gibbs. Melanie is the more interesting of the two, featuring a melody that never quite resolves itself. Six Improvisatory Sketches is more Ren and Stimpy than Rembrandt. Hall’s Careful isn’t all that memorable either, although the playing (including one of several short and superb solos from Israels) is exceptional.

The second side starts with a playful interpretation of Something’s Coming from the classic West Side Story that highlights both the sweet and sour elements of the song with stop-and-start rhythms and some daring choices from Hall. Little Girl Blue is a snooze by comparison, but Burton and the band shift back into high gear for the closing Summertime.

A mix of “safe” standards and forgettable originals, Something’s Coming is in some ways a disappointment. The performances, however, are remarkably fresh, with Hall in particular near the top of his game. This version of “On Green Dolphin Street” is, in my humble opinion, a classic. And, if you’re a Jim Hall fan, hearing him play off the rest of the band is a hoot. One criticism I do have is that Burton steps away from the music a few times during Chuck Israels’ solos while Hall continues to play. I don’t know if that’s because he didn’t want to overpower the bass or simply didn’t know what to say, but it seems like a bit of a copout.