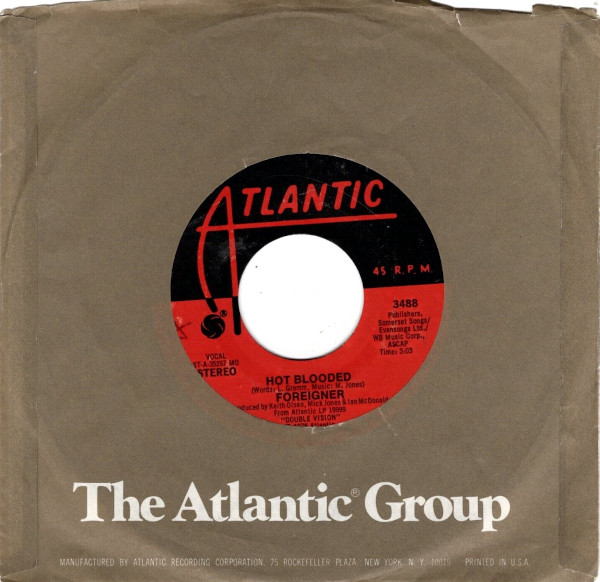 About as subtle as a sledgehammer, but that’s why they call it rock and roll.

Kronomyth 2.01: A Gramm of indiscretion is worth a pound of wit.

This song is like the Corvette of hard rock songs: a perfect expression of form and function that I wouldn’t be caught dead in. I was on the cusp of becoming a teenager when this song came out, and the lyrics embodied everything I was trying to fight against in my own body. These days, I can appreciate the fact that Hot Blooded is a perfect rock and roll song. It’s probably not something I would want played at my funeral, but if I go to rock and roll heaven, I’ll be hearing it there anyway. (And if I go to the Rock and Roll Hall of Fame, apparently not.)

The single version cuts the original short by more than a minute, removing the repeated verses at the end. You’ll need the four-minute version to feel the full effect of “Hot Blooded,” but the edited version’ll do in a pinch. The B side is the instrumental track, Tramontane, which would have felt perfectly at home on David Gilmour’s first album. Coincidentally (or maybe not?), Rick Wills appears on David Gilmour and would soon join Foreigner as their new bass guitarist for their next album, Head Games.