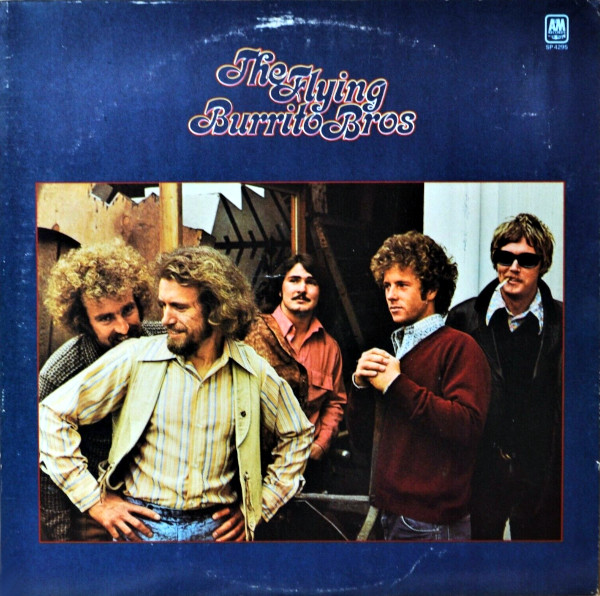 After parting with Parsons, the Burritos recruit Rick Roberts and release a fine album of mellow rock with Byrdsian overtones.

Gram Parsons’ erratic behavior had become a liability, so The Flying Burrito Bros. parted ways with Parsons and recruited 22-year-old singer/songwriter Rick Roberts as his replacement. Roberts’ presence is immediately felt in the material, which straddles the country-rock of the past and the mellow rock that Roberts would explore further in Firefall. In fact, I’d say this album has as much to do with The Byrds, Grateful Dead, Poco, Bob Dylan and The Beatles as country music.

If this were Poco we were talking about, I’d tell you that this is one of my favorite albums from them. But there’s a certain amount of guilt in admitting that I like the band better without Gram Parsons, as if he were the problem. The real reason I enjoy this album isn’t the absence of Parsons, of course, but the addition of Roberts. He has a nice clear voice reminiscent of Richie Furay and is a surprisingly consistent source of good songs, more than making up for Parsons’ absence.

In addition to the originals from Roberts and Chris Hillman, the band chooses its covers wisely: Merle Haggard’s White Line Fever (released as the album’s single), Gene Clark’s Tried So Hard and Bob Dylan’s To Ramona. Far from filler, those songs are three of the best tracks on the album. Not that there’s a bad track on here; Can’t You Hear Me Calling is the closest thing to filler on the album, and it’s still a pretty good country-rock song.

Ordinarily, I would blame my misplaced enthusiasm for this album on a skewed appreciation of country-rock, but Mobile Fidelity Sound Labs rarely wastes its time on anything less than the avowed classics (although the label did release an original master of Joe Walsh’s Barnstorm shortly after, so maybe they were going through a phase or something). There is a lot of great guitar interplay on this album (e.g., All Alone), and I’m sure it sounds even better on the original master. Sneaky Pete Kleinow and Bernie Leadon both seem to come up in the mix since their last album, which was one of my few gripes with Burrito Deluxe.

Again, you probably want to start with the first two Burrito albums simply because of the Parsons connection, but I’d definitely stick around for this album too. It’s a honeyfied, countrified rock album that will appeal to fans of Poco, The Byrds and, naturally, The Flying Burrito Brothers. Your next stop, however, should probably by Roberts’ solo album, the unfortunately titled Windmills.