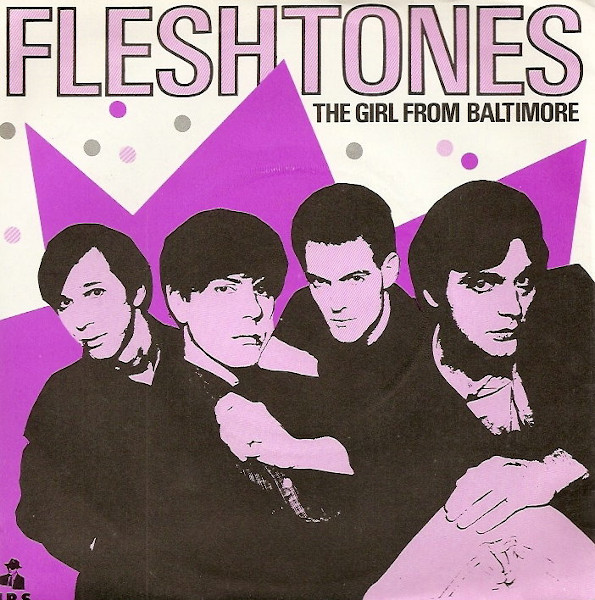 Fleshtones cross the ocean with the girl from Baltimore for a car park rock revival.

Such was the state of chaos in the early days of “new wave” that anything new was considered new wave, even bands that had simply unearthed the old sounds of garage rock like Fleshtones and The Cramps. Fleshtones were well promoted by the up-and-coming I.R.S. label, which peeled off songs from their first EP as singles; “Cold, Cold Shoes” in the US and, across the pond, The Girl From Baltimore.

The first thing that struck me about this song upon hearing it again is the stellar production, which manages to balance just the right amounts of lo-fi and hi-fi for a modern update of the original garage rock sound. Fleshtones didn’t have the visual gimmick of The Cramps or The B-52s, but they were better musicians who simply chose garage rock out of affection rather than necessity. “The Girl From Baltimore” captures their early appeal as well as anything, although it’s unlikely that a modern twist on retro-American rock translated as well overseas.

The flip side is Feel the Heat, which is faster, catchier and features the saxophone, an instrument that many early “new wave” bands preferred over synthesizers. Both tracks are identical to the album versions that appeared on Up-Front. I was a big fan of the I.R.S. roster growing up and, while retro rock was never my thing, I always had a soft spot for Fleshtones. A garage rock re-revival in the Aughts also revived interest in the band and future revivals are likely, since the stripped down sound of bass, drums, guitar and vocals is in-wired to the human brain like hamburgers and porn.