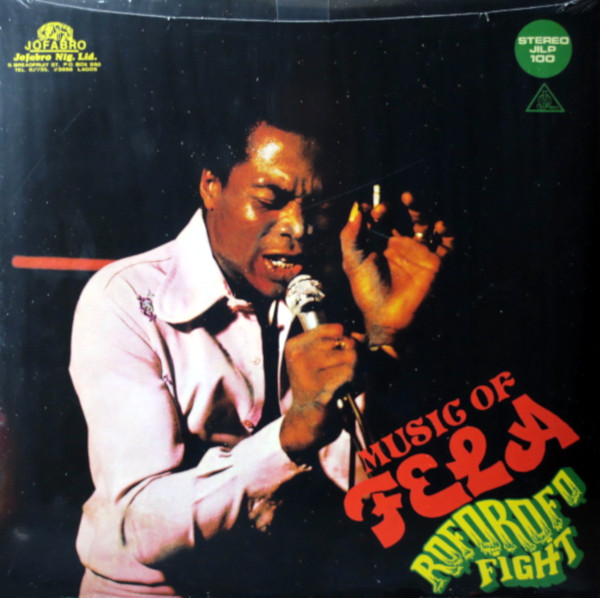 A few more tweaks to the lineup result in Fela’s best album to date and an Afrobeat classic.

Music critics like to use fancy words. It makes us feel smart, like we’re contributing something to the conversation. Unfortunately, the only word that keeps coming into my head is “damn.” Damn, I say to myself thirty seconds into “Roforofo Fight,” I didn’t know you could do that with musical instruments. And then, thirty seconds later, damn, they just found a way to take an already brilliant arrangement to a whole new level. Damn, did Fela Kuti really just say that? Damn, could the groove behind “Trouble Sleep Yanga Wake Am” be any cooler? And so it went for the next hour.

This is the Fela album that will absolutely floor your friends. It is a masterpiece of Afrobeat and the best example I’ve heard yet of Fela’s musical genius and political/social commentary combined. The dual-guitar lineup featured on Open & Close laid the groundwork for some of this, Shakara refined it, but Roforofo Fight builds a skyscraper of sound on top of his earlier accomplishments. The lineup shuffle this time results in a re-energized Africa 70 as George Bruce takes over on bass guitar and an amazing three-man horn section of Lekan Animashaun (baritone sax), Tunde Williams (trumpet) and Christopher Uwaifor (tenor sax) lights up the arrangements.

The horn section continues to add a much deeper dimension to the music; during Roforofo Fight, you’ll swear there’s enough music happening to support two songs, not one. It’s not just about the horns, though, or the intricate interplay between the guitars and percussion; Fela is also at the top of his game here. I don’t know of anyone else who could clear his throat at the beginning of a song and make it sound like music.

Fela’s keyboards are integral to the music, rising and falling as needed, and his vocals command your attention, whether he’s bemoaning the bad luck of his fellow countrymen (Trouble Sleep Yanga Wake Am), spewing out words at impossible speeds (Go Slow) or wordlessly vocalizing. With Roforofo Fight, Fela Kuti elevated Afrobeat to an art form and raised the bar for the rest of the world.