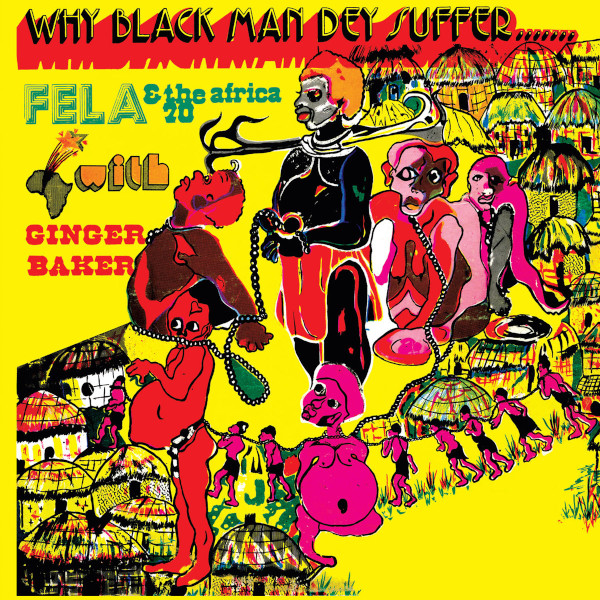 Kronomyth 3.0: What will be the sacred word?

There’s a poem by Amiri Baraka, “Ka’Ba,” that closes with the lines “We need magic now we need the spells, to raise up, return, destroy and create. What will be the sacred word?” In a sense, Baraka and Fela Kuti were looking for the same thing. The title track, “Why Black Men Dey Suffer,” is more than a cogent argument for the African condition set to music. It’s a magic spell of sorts, designed to cure African nation-states of a centuries old malaise that has taken the form of slavery and colonialism while erasing the culture and even the co-fraternity of Africans.

The song begins as a military march of drums joined by percussion, guitar, bass and electric piano, shifting the rhythm as new instruments are added until it morphs into a kind of religious chant that Kuti refers to as a kanginni koko. From that point on, Kuti assumes the role of a cantor/griot, recounting the history of African suppression from abroad and calling for a unified Africa. As his most overtly political song to date, “Why Black Men Dey Suffer” was a rallying cry for African independence, both in thought and art. The result is a powerful message wrapped in a mesmerizing groove.

The album’s other song, “Ikoyi Mentality Versus Mushin Mentality,” takes more provincial aim by using Lagos’ rich (Ikoyi) and poor (Mushin) neighborhoods as proxies for a broader discussion on class distinction. Here again, the music is a single, massive groove that Kuti uses effectively to stage his message. Why Black Men They Suffer became a kind of template for subsequent albums from Fela Kuti and Africa 70, which arrived with surprising frequency and were structured more like extended singles with one long song on each side. As with several of the 70s records, Ginger Baker makes a guest appearance, although I couldn’t tell you if he was filling in for Tony Allen or playing alongside him.