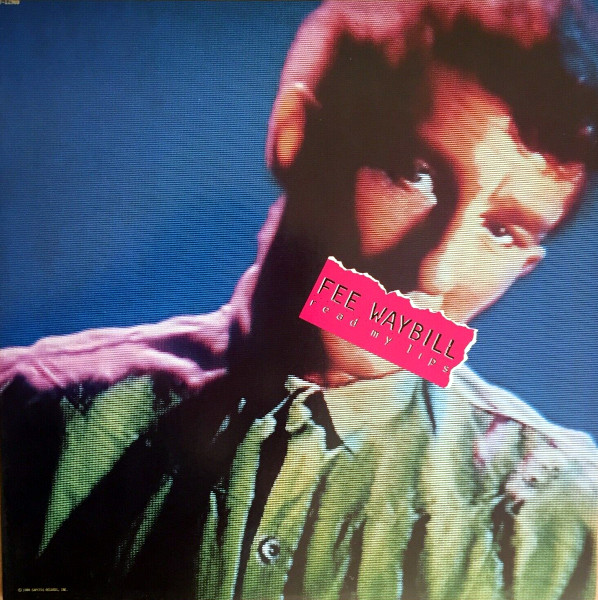 Fee attempts to cash in on The Tubes’ success, but comes up a day late and a dollar short.

Any hopes that Fee Waybill would be cashing in on the success of The Tubes were soundly quashed by the poor showing of Read My Lips. It’s hard to understand what went wrong. He had all the right people writing and playing behind him: David Foster, Steve Lukather, Richard Marx, Bobby Kimball, Steve Porcaro. It was the right time. The songs were right in line with The Tubes’ latest hits. And yet Fate had other plans, which apparently included having The Tubes regroup for the lackluster Love Bomb.

Speaking for myself, I’ve never had a warm reaction to Read My Lips, but I’d cooled considerably on the band when they started writing hits. If you thought The Completion Backward Principle and Outside Inside were great albums, then you’ll agree that Read My Lips at least sounds great. The only thing missing, surprisingly, is a sense of humor. As the outrageous frontman of The Tubes, you expect Waybill to do something shocking. The shock here is he never does. These are love songs, professionally penned, chocked full of modern effects and great hooks. So were “She’s a Beauty” and “Don’t Want to Wait Anymore,” but audiences apparently weren’t buying it from Fee.

Despite decent promotion from A&M, a few gaffes were made along the way. The most notable mistake was a lack of video promotion, since Fee is a natural for the camera. The second mistake was not distributing Saved My Life as the album’s first single. Instead, the labels selected You’re Still Laughing, which isn’t a bad song, and I Don’t Even Know Your Name, a song that literally begs to have its lunch money taken from it.

Instead of running through a track-by-track review, which is growing tiresome, I’ll simply note that most of the songs on Read My Lips sound the same. That’s not a knock, since the production and playing are uniformly excellent. Steve Lukather sounds amazing (Mike Landau no doubt deserves some credit here too) and cameos from players like Tris Imboden (Thrill of the Kill) generate a ton of energy. In some ways, the album is a master class in how to make a successful mid 80s pop/rock album; the only ingredient missing is the success.

While I’m sure snarky reviews from people like me haven’t helped matters, Read My Lips is an album ripe for rediscovery by Tubes fans, or at least those fans who felt The Completion Backward Principle wasn’t a giant step backwards. I don’t like pop music from the mid 80s (Toto, Chicago, Journey, etc.) and David Foster’s name has rarely been associated with music that doesn’t make me want to hurl (despite the man’s unquestionable genius), so I’m probably the last person you should ask. But even I have to admit that it’s nice to hear Fee Waybill’s voice taken seriously for a change.