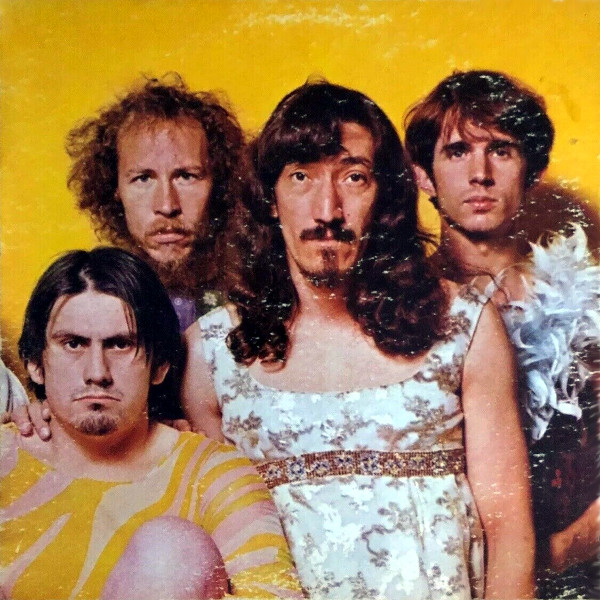 A smorgasbord of demented genius in snack-size bites that challenges the status quo, the counterculture and everything in between.

Kronomyth 4.0: All you need is Frank.

A brilliant lampoon of psychedelic pop, We’re Only In It For The Money creates a collage of strange conversations, social criticism and pop music that continues the Freak Out! experiment. Best to take a big gulp of air before it starts, because the album’s sensory overload won’t present an opportunity to catch your breath until it’s all over. Along the way, Frank the cranky genius skewers everything from flower power to conservative America. No one is spared, including The Mothers.

That many of the songs work as self-standing pieces is amazing: “Absolutely Free,” “Flower Punk,” “Mother People,” “Bow Tie Daddy” and “Let’s Make The Water Turn Black” have each been separated from their mother-egg without ill effect. It’s all part of a larger theme, however, punctuated by internal musings, lapses into dementia and reprises of earlier material. Some of the pieces are instrumental experiments in noise (“Nasal Retentive Calliope Music,” “The Chrome Plated Megaphone of Destiny”) that make Todd Rundgren’s studio noodling seem tame by comparison. It’s brazen stuff, all of it, but the standoffish arrangements belie a musical sophistication few were prepared for in 1968 (let alone 1966). That the album charted as well as it did still amazes me, though the novelty factor must have been huge. In a sense, the closest parallel might be the albums of Firesign Theatre, which share the same rambling social commentary and spelunkering into the deepest recesses of strangeness.

As a direct response to contemporary music, We’re Only In It For The Money isn’t for everyone. Who cares if The Mothers flip the finger to the Haight-Ashbury scene, you may wonder. But it’s more than that; this is an open challenge to musicians, an opportunity to push music kicking and screaming out of its comfort zone. Extreme? Of course. But Zappa did nothing by halves, and the world is a whole lot better for it.

All the music heard on this album was composed, arranged & scientifically mutilated by Frank Zappa (with the exception of a little bit of surf music).

* On reissues, “Telephone Conversation” was credited as a separate track.

Photography by Jerrold Schatzberg. Fashions by Tiger Morse. Plaster figures & all other artwork by Cal Schenkel.