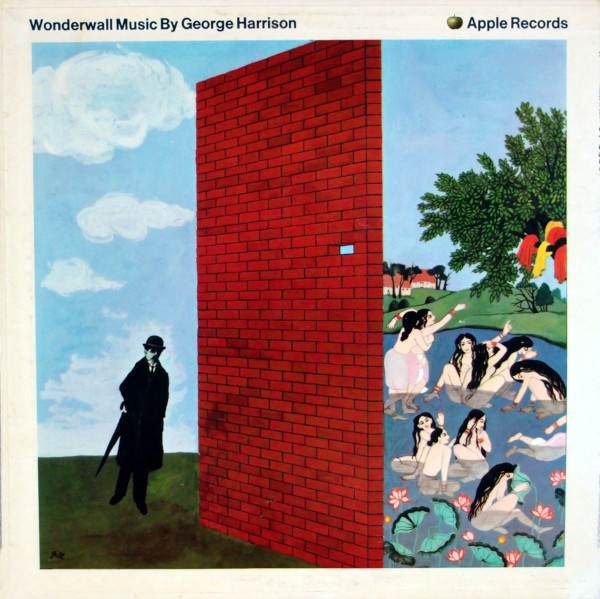 George’s soundtrack to a psychedelic movie about a lonely biologist shouldn’t be put under a microscope, but it’s much better than I expected.

Kronomyth 1.0: Something in the way he movies.

I’ve listened to this album about 10 times and enjoyed it every time, but there are things to do, bills to pay and I don’t want to spend too much time listening to the soundtrack to a film that I frankly fast-forwarded through. George Harrison’s first solo record was released shortly after John and Yoko’s Two Virgins and featured a series of short instrumentals that alternate between traditional Indian music and studio bits that could well have come from the editing-room floor of The Beatles’ more experimental adventures (the ending to “Strawberry Fields Forever,” “Revolution 9”).

Opinion is divided as to whether Wonderwall Music constitutes a proper showcase for George’s broad musical interests (my opinion) or a misguided mishmash of music. I’d fall short of calling it an essential purchase or even one of his better works (I can think of at least five Harrison albums I like more), but I will admit that, while recently listening to Cluster & Eno, I was struck by the fact that the sum effect was much the same to me (cf. “Greasy Legs,” “Dream Scene”), yet critics seem to have no problem declaring the latter a work of unmitigated genius while the former tends to lie in the “unmitigated gall” camp. Some of Wonderwall’s toylike melodies also reminded me of Penguin Cafe Orchestra (cf. “Fantasy Sequins”), and while it’s unlikely that Brian Eno, Simon Jeffes or Jon Hassell had Wonderwall Music in heavy rotation on their record players, this record is a kind of precursor to the ambient world trip they were on.

I’m not calling George Harrison the godfather of ambient or world music, merely noting that Wonderwall Music makes a solid case for him as an early and intrepid musical explorer. Mind you, this music is not meant to replace the music of The Beatles; “Party Seacombe” is a fair match for “Flying” and “Ski-ing” rocks out thanks to Eric Clapton and an uncredited Ringo Starr, but that still leaves you with about forty minutes of music that really doesn’t sound anything like The Beatles (“Within You Without You” not withstanding).

All songs composed and arranged by George Harrison.

Photo by Astrid Kemp. Sleeve designs by Bob Gill/JohnKelly/Alan Aldridge from a photograph by Camera Press.