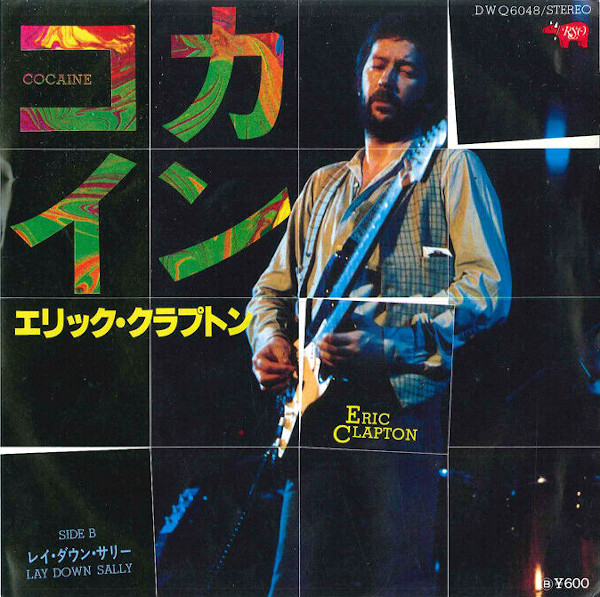 Clapton turns another J.J. Cale song into gold, although in most of the world this was a B side.

It’s one of the more interesting discographical facts that Eric Clapton’s “Cocaine” was never released as the A side of a single, save in Japan. In most of the world, this single was flipped to give “Lay Down Sally” the honor. Both are great songs, of course, but maybe RSO was trying to conserve plastic. Even without the single promotion, radio stations played the snot out of this song (sorry), and today it would make a short list of “world’s greatest drug songs,” which, for the sake of discussion, would include:

For some reason, the Japanese single doesn’t list George Terry on the writing credits of “Lay Down Sally.” Although Clapton didn’t write “Cocaine” (it was another J.J. Cale song), he brought his own life experience to the song as a cocaine user, which I guess would have made all that cocaine tax-deductible as job-related research.