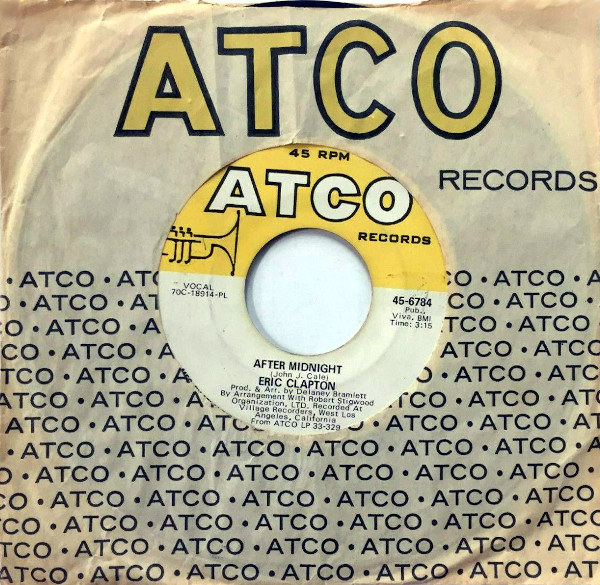 J.J. Cale was an unknown songwriter before Clapton recorded this; after, not so much.

Kronomyth 1.1: At midnight, in the month of June, I stand beneath the mystic moon.

The single from the new Eric Clapton album had all the energy of a revival meeting. And, in a sense, it was a miracle Clapton ever recorded it. John Cale was an unknown songwriter from Oklahoma, introduced to Delaney Bramlett through Leon Russell, who in turn played some of Cale’s songs for Clapton including “After Midnight.” Cale didn’t even realize that Clapton had recorded his song until he heard Clapton’s version playing on his car radio. Cale would go on to score another hit for Clapton, “Cocaine,” a few years later.

The B side is one of the better tracks on Eric Clapton, a Beatlesque pop song with some pervy lyrics (“Don’t let my love flow out of you, Please remember that I want you to come too”). In retrospect, it was probably for the best that Clapton didn’t write more original songs, or “Willie and the Hand Jive” might have turned out very differently.