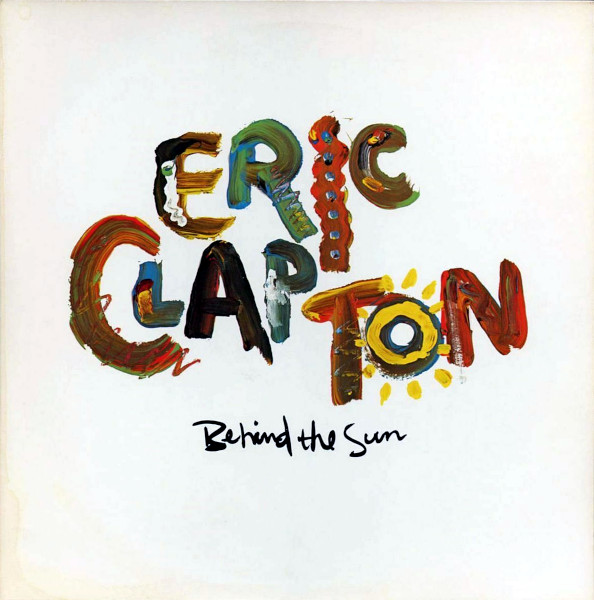 Phil Collins’ plans for world domination apparently included producing at least one Eric Clapton album. Warner Bros. apparently had other plans, and sent Clapton back into the studio with their own producers (Ted Templeman, Lenny Waronker) to record some professionally penned songs from Jerry Lynn Williams including “Forever Man” and “See What Love Can Do.” The result is an ungainly hybrid of synthetic studio pop (which would include the likeable “She’s Waiting”), modern machines and some decent songs from Clapton that are shuffled to the back of the family photo like unwanted stepchildren.

Behind The Sun clicks some of the time, but not where you’d expect. The Phil Collins money shot, “She’s Waiting,” though not a bad song in and of itself, isn’t a particularly good vehicle for Clapton. The label-approved “Forever Man,” on the other hand, turns out to be the best song on the album, but the other two Williams tracks fall flat. The blues, Clapton’s strong suit of late, take a turgid turn on the eight-minute “Same Old Blues,” while the R&B chestnut “Knock On Wood” is whitewashed into the album’s blandest (albeit cleanest) track. The album only begins to hit its stride on the second side, where the Collins/Clapton pairing finally finds a comfortable middle ground between Collins’ synth-driven production values and Clapton’s stripped-down emotion.

I can understand why Warner Bros. freaked out when they heard songs like “Behind The Sun,” since they represent a complete departure from what Clapton has done in the past. Still, they should have had the vision to see that songs like “It All Depends” and “Never Make Your Cry” (which sounds uncannily like Annie Lennox’ version of “No More I Love You’s”) were an ambitious extension of what Clapton had been doing all along. It’s almost as though Warner was too blinded by profit to see the value of what Collins and Clapton were doing. All most. Despite the temptation to label the album a comeback (it did sell a lot more copies than his last), Behind The Sun is hardly a bright spot in the constellation of Clapton.