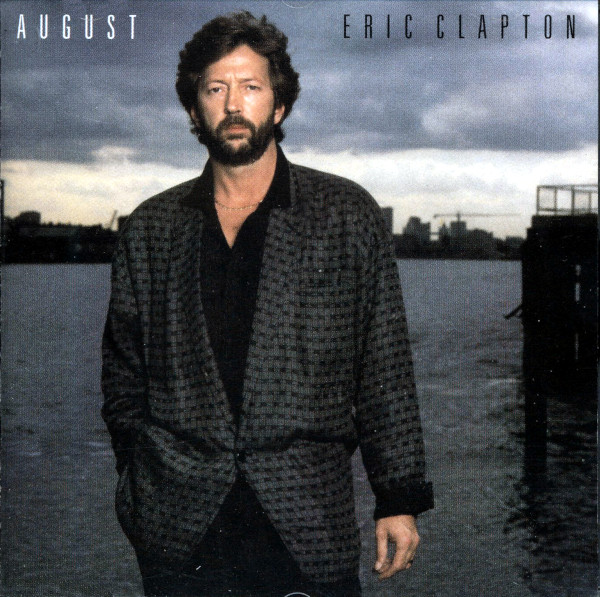 More than a comeback, August is the story of how Clapton got his groove back. Until now, Clapton had been, for better or worse, the white curator of dead black men’s music (Sleepy John Estes, Robert Johnson, Bob Marley). August eschews the blues/reggae history lesson for a full immersion in modern R&B featuring Lamont Dozier, Greg Phillinganes, Robert Cray, Tina Turner and Stephen Bishop. The results are sometimes unexpected (“Behind The Mask,” “Hung Up On Your Love,” “Walk Away”) and often exciting (“Run,” “Miss You,” “Holy Mother,” “Tearing Us Apart”).

In this new setting, the opening “It’s In The Way That You Use It,” recorded with Albert Lee and Henry Spinetti, almost sounds like a throwback to the old days rather than the contemporary hit that it was. Warner Bros. had to be happy with the results this time, as August is exactly what you would hope for in the pairing of two of the 80s biggest and most bankable stars, Phil Collins and Eric Clapton. Behind The Sun, his last record, was interesting but disjointed and ultimately underwhelming. August comes out swinging and never stops. Granted, ending the elpee with “Behind The Mask” is unsettling; the epic and guitar-driven “Grand Illusion,” which appeared only on CDs, brings the album full circle.

Those expecting flashes of guitar brilliance may miss them if they blink, but in exchange for extended solos are some of Clapton’s best vocals in years; anyone who can get the best of Tina Turner in a duet is no second stringer. Rolling Stone, in their original review, called the album “stilted and disappointing,” but their zealous veneration for the blues is well documented and August is simply not a blues album in any sense; even the Robert Cray cover (“Bad Influence”) has a strong streak of mainstream pop in it. If, however, the idea of Clapton playing the King of Pop for a day is intriguing, August lives up to its name.

The Word
“He who gathers in summer is a prudent son, but he who sleeps in harvest is a son who brings shame.” (Proverbs 10:5)