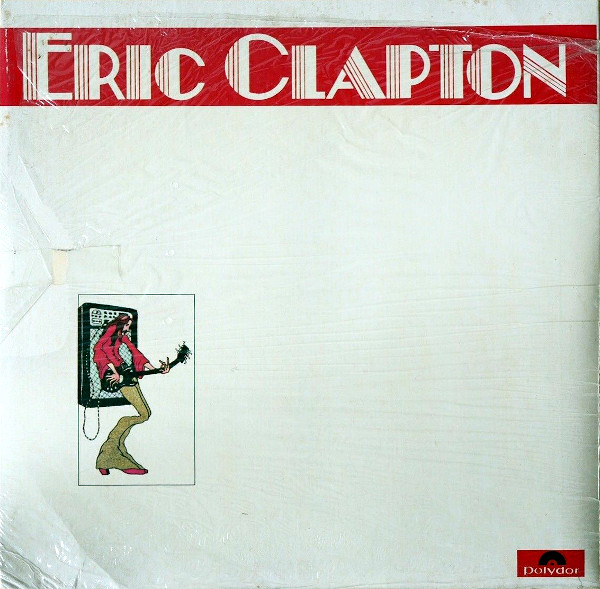 One of three companion compilations that honored the individual achievements of Baker, Bruce and Clapton.

It wasn’t long before Polydor’s efforts to skim every inch of profit from Cream reached ridiculous proportions: a series of four double elpees, one dedicated to the music of Cream and three to the solo efforts of its three members. In an admirable move of economy (he mocked), Polydor used the artwork for the Cream compilation, Heavy Cream, as the template for the other three sets, so that if you laid the albums of Eric Clapton, Jack Bruce and Ginger Baker atop one another, the Heavy Cream cover was reproduced.

Of course, these optical tricks may have been designed to take attention away from the fact that neither Baker, Bruce nor Clapton had released enough solo music since Cream to justify the double lp’ing. In Clapton’s case, At His Best covers the first Blind Faith album, the first Derek and the Dominos album and his first solo album. That’s a four-elpee body of work divided in half, which explains how “Slunky” got past the bouncers. Nothing essential is absent from At His Best except maybe for Blind Faith’s “Had to Cry Today,” nothing undeserving of its place here except the aforementioned instrumental and the unremarkable “Lonesome and a Long Way from Home.”

In retrospect, Polydor would have served listeners better by combining the three solo double elpees into a single triple elpee with one album each from Baker, Bruce and Clapton, but I’m pretty sure you’d need to calculate the cosine of something to figure it all out.