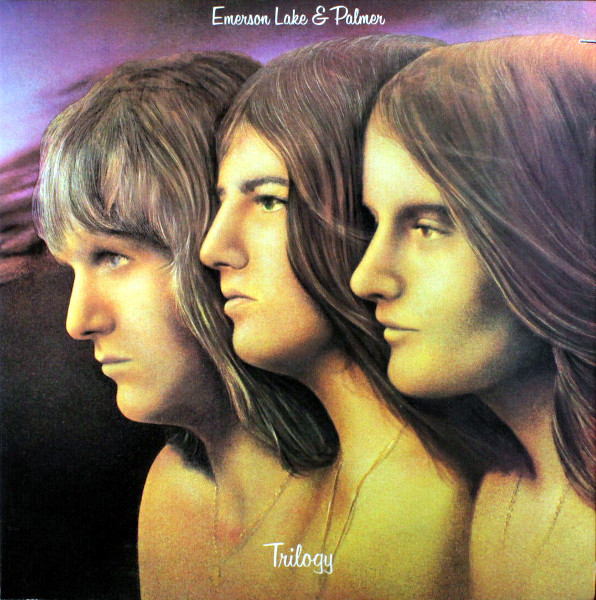 ELP gives the classic Yes trilogy a run for its money on this progressive masterpiece.

Kronomoyth 4.0: Hooked up with coca-cola cunning.

The fourth album from Emerson, Lake & Palmer feels like a culmination of everything that came before: the regal rock & roll, classical pomp and youthful bravado now perfectly intertwined on songs like The Endless Enigma and Trilogy. The album cover, well, that’s a hunk of cheese, isn’t it? But musically this is the very picture of prog perfection.

The album opens with a playful bit of cat-and-mouse between Keith Emerson and Carl Palmer before revealing “The Endless Enigma (Part 1),” essentially a reconstruction of “The Great Gates of Kiev.” Emerson tosses off a smart, proggy Fugue and the Enigma returns. Classic stuff. Greg Lake follows with one of his best ballads, From the Beginning. As a songwriter, singer and musician, Lake was the whole package. The next song, The Sheriff, is probably my favorite from ELP. Absolutely perfect in every way, it could be heard as an improvement on “Jeremy Bender” from Tarkus. The first side of Trilogy closes with the musical fireworks of Aaron Copland’s Hoedown, essentially a showpiece for Emerson.

The second side starts with “Trilogy,” a multi-part suite that manages a striking balance between heart and mind, reminding me of Jethro Tull in more than a few spots. The sinister-sounding Living Sin is the darkest thing they’ve done to date. The album closes with another cat-and-mouse chase, this time between Emerson and Lake, on the improvised Abaddon’s Bolero. I got bored with the idea after a few minutes, although it is fun to hear Lake try to keep up with Emerson’s bizarre key changes.

As much as I enjoyed the “story” of Tarkus, Trilogy is the better album in my opinion. The trio’s strengths blend in exciting ways on this record, particularly between Emerson and Palmer. If there were a list of Top 500 rock drummer’s albums (and I’m sure someone has created that list somewhere, heaven help them), Trilogy would be near the top of it. The black grooves ooze confidence from the opening challenge to the intentional unraveling of everything at the end. The gates had been stormed, and the three usurpers held court in the throne room. What was left but another shock attack of surgical precision?