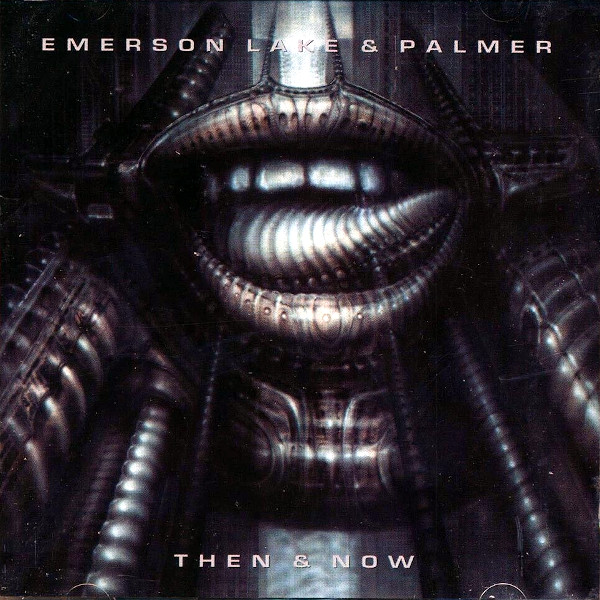 Half archival live release, half recent concert document, all ELP.

Welcome back, my friends, to the show that ended a long time ago (1974) and the one that just ended (1997/98). The double-disc Then & Now combines the two into a single generous helping for the insatiable appetites of ELP fans everywhere, with some tasteful packaging and liner notes by Bruce Pilato that faithfully re-create the unique environs of The California Jam Concert (the venue for the ’74 side). Unfortunately, there are two problems with Then & Now that may temper your enthusiasm: 1) the “then” side sounds poorly miked much of the time, dampening an otherwise fiery performance, and 2) the “now” side is miked extremely well, which underscores just how froggy Greg Lake’s voice has become.

I find myself either wanting to soar with the early show and being pulled back by the grave condition of the recording, or cavorting in the instrumental excellence of the new shows only to be stopped cold in my tracks by Lake’s voice. Sometimes, I succeed at enjoying myself despite it all: “Karn Evil 9” from the 1974 show, “A Time and a Place,” “Take a Pebble” and the breathtaking “Blue Rondo a la Turk” from the ’97 tour. It’s a lot to sift through for a handful of nuggets, but fans will hardly count the exercise as work.

The historical significance of the early show, combined with the warm feeling that comes from hearing ELP tear through old classics twenty years on like it still matters, is a reward in itself. Instrumentally, ELP has conceded nothing to age; “Hoedown” and “Bitches Crystal,” for example, possess an evergreen ebullience (9/1/20: whereas I seem to possess a weak command of the English language if the best I could come up with was “evergreen ebullience”). Keith Emerson’s keyboard sounds have changed with the advent of new technology, but what’s more noticeable is how little they’ve changed.

The years may have sapped some of Greg Lake’s golden voice and a fraction of Emerson’s celerity, but it also removed many of the distractions: the elaborate stage sets, the feeding of three separate egos with meandering instrumental passages and acoustic ballads, the strain of constantly trying to exceed expectations. In its place stand three supremely talented musicians who can celebrate the past with the conviction that it still means something today. And it does, although now and then we can use a reminder like this. Caveat emptor: I’ve seen this set sell for less than ten bucks (in supermarkets, no less) and for four times that amount online, so be penny wise and not pound foolish (or euro’ll be sorry).

Original cover and back cover paintings by H.R. Giger. Research and liner notes by Bruce Pilato.