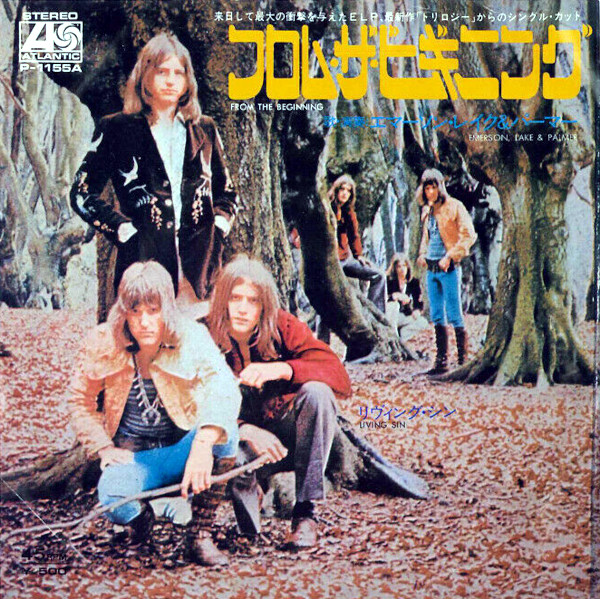 Lake delivers a ballad for the ages and sets into motion the obligatory love song on every ELP album that followed.

Greg Lake was the lone balladeer in a band of beserkers, and his songs not surprisingly translated better to the radio: “Lucky Man,” From the Beginning, “C’est la Vie.” Songs for the ages, each of them, accompanied by understated percussion (in this case, bongos) and an outer space solo at the end from Keith Emerson. Lake never got much credit for his guitar playing, but he does a lovely job here on acoustic (the intro was removed for the single version), electric and bass guitar. And then there’s that honeyfied voice.

The B side is another track from ELP‘s Trilogy, Living Sin. It’s nearly the polar opposite of “From the Beginning,” the dark and troubled yin to Lake’s calm and confident yang. Lake starts out by growling and the arrangement is all war and crimson fury. I would tell you they’re two of my favorite tracks from Trilogy, although “The Sheriff” is still my favorite song from that album.