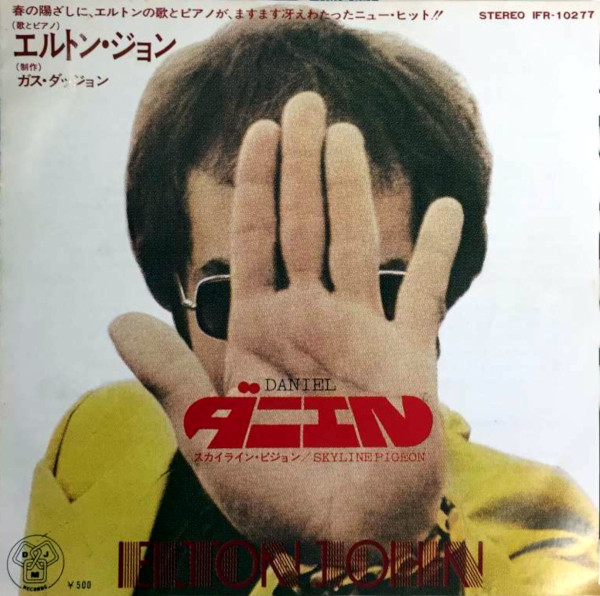 Elton earns more frequent flier miles, as another hit single soars to the top of the international charts.

As a boy, I thought “Daniel” was about a brother who had died. I guess it’s the line “God it looks like Daniel / Must be the clouds in my eyes” that threw me. As most of us now know (thanks to the Internet), the song is actually about a brother who returns from the Vietnam War and moves to Spain to escape from something, maybe inferior Spanish olives. I’m not really sure what Spain has to offer in terms of escape that the rest of the world doesn’t.

“Daniel” followed what was fast becoming a pattern for Elton John albums: one rocker (handily satisfied by the earlier “Crocodile Rock”) and one ballad (this). It’s one of Elton’s most affecting songs, with a haunting melody (slightly reminiscent of Procol Harum‘s “Luskus Delph”) and some atmospheric touches in the arrangements such as (what I presume is the) mandolin. While the song’s character settled in Spain, “Daniel” traveled around the world. I always find it amazing that, in regions as remote from Europe as Madagascar and the Philippines, someone was heading home excitedly with Elton John’s latest single in hand.

The flip side features a re-recording of “Skyline Pigeon,” a song that had first appeared on Elton and Bernie’s first, Empty Sky. The original featured a stilted harpsichord arrangement; suffice it to say that harpsichord players were a lot more likely to get shot than piano players. The re-recording (which dates from the same sessions as “Daniel” and the rest of Don’t Shoot Me I’m Only The Piano Player) is given a robust arrangement that now features piano, strings and (I think) a clarinet. In the retelling, “Skyline Pigeon” soars. It complements the theme of “Daniel” remarkably well, suggesting that the pairing was intentional.