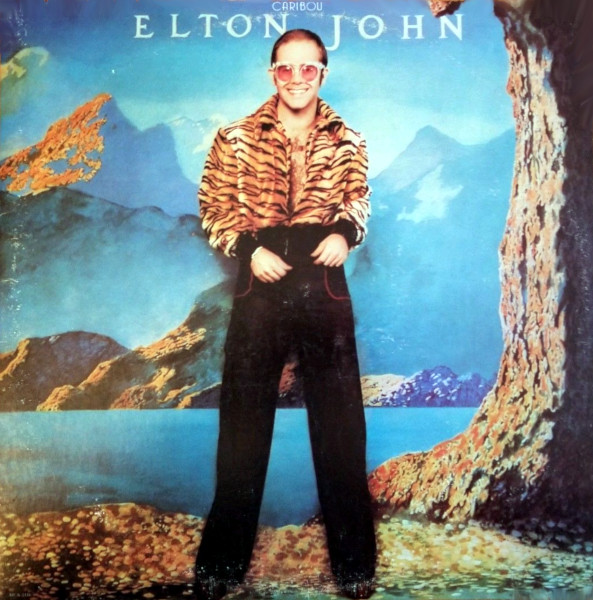 Elton is still at the top of his game, as the reigning king of the pop jungle scores another multiplatinum smash.

Kronomyth 9.0: Stop me if you think that you’ve herd this one before.

In the Seventies, Elton discovered the magic album formula: one brilliant rocker, one big ballad, add filler as necessary. That would pretty much describe every album from Honky Château onward. I had always regarded Caribou as a bore beyond the two big hits, “Don’t Let The Sun Go Down On Me” and “The Bitch Is Back.” There’s no denying that those two songs are brilliant, but you could get both on Elton John’s Greatest Hits, which saves you from having to sit through seven minutes of “Ticking.” Only, the more you listen to these classic Elton John albums, the more the filler grows on you. “Pinky,” “You’re So Static,” “Stinker” and even the silly “Solar Prestige A Gammon” are fine, fun tunes. Hidden gems? Hardly, but it’s unlikely that the two million people who bought Caribou felt cheated.

As I’ve noted on most every Elton John album, Bernie Taupin’s lyrics are extremely dark sometimes. It’s a small miracle that the zealous left hasn’t boycotted the lot of Elton’s albums in self-righteous hindsight; I suppose we have the LMNOPGBBQT contingent to thank for that. Beyond the aforementioned hits, Caribou is important as the first Elton album to make good use of a full horn section and a deep bench of backup singers. All of Elton’s albums were professional affairs, but Caribou seems to have ratcheted the music machinery up a notch; even hitmakers Captain & Tenille got into the act. In that sense, Caribou might be Elton at the top of his game—something of a critical breakthrough for me, who long regarded it as the weakest of the “classic” herd. As part of the 1995 Rocket reissues, two non album B sides (“Cold Highway,” “Sick City”), “Step Into Christmas” and the studio version of “Pinball Wizard” were added. All are worth hearing, making the remastered reissue the route to go.