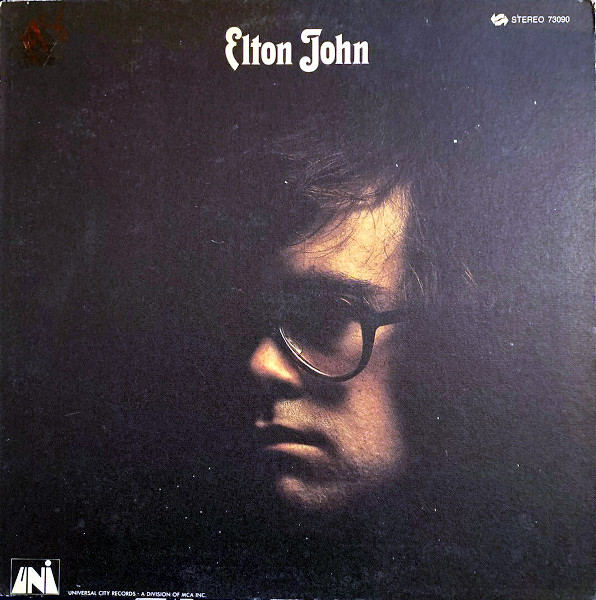 Holy Moses, Elton and Bernie sure didn’t show up empty-handed this time.

Elton John is the work of a musical genius… and of an overstuffed bore. Half of this is just stunning: “Your Song,” “Border Song,” “Take Me To The Pilot.” The other half is stultifying: “First Episode at Heinton,” “The Greatest Discovery,” “I Need You To Turn To.” I lay the blame for the latter half at the feet of Gus Dudgeon and Paul Buckmaster, who made an equally pretentious mess out of David Bowie’s Man of Words, Man of Music.

Elton John is clearly the star of the show (with Bernie Taupin as an intriguing co-star), so you have to wonder why Dudgeon and Buckmaster cover him in a constellation of sounds. Admittedly, a simple song such as “I Need You To Turn To” could use the help, but “Your Song” doesn’t need strings to soar; its charm lies in its simplicity. The live performance captured on 11-17-70 blew me away with just piano, bass and drums. Elton with an orchestra (“Sixty Years On”) bores me to tears.

He has always shown remarkable range as a songwriter, capable of buckling your knees with a beautiful ballad or bringing you to your feet with a reviving shot of rock and roll . Those personalities make their first appearance here, as well as a penchant for honky-tonk music (“No Shoe Strings On Louise”) that would find fuller expression on Tumbleweed Connection. Elton wasn’t the only star to suffer under a surfeit of strings; the aforementioned Mr. Jones and Cat Stevens also come to mind.

What emerges on Elton John is a tale of two artists. Like a modern-day Jerry Lee Lewis, the man behind the piano is a charmer, channeling blues and country and gospel like he’d been spoon-fed the stuff from birth. The man behind the harpsichord, well, he’s still a stuffy schoolboy in thick glasses who is overly impressed with his new friend’s poetry. Maybe the closing tale of regicide is more prescient than it appears, as Elton would soon leave childish things behind to launch his star career in earnest. Long live the king, indeed.

All selections written by Elton John and Bernie Taupin.