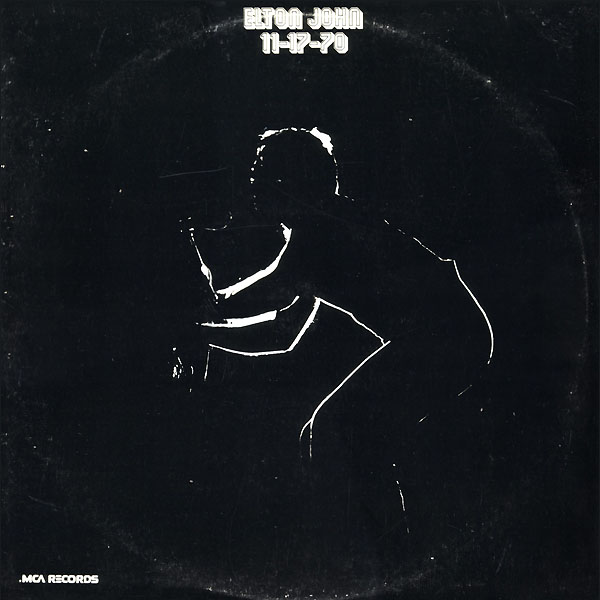 This is Elton’s best live album: a radio broadcast featuring just piano, bass and drums recorded before he became a big star.

Kronomyth 4.0: The red side of the moon.

This is his Rock ‘n’ Roll Animal and Ya-Yas, a live set that sweats testosterone charisma. Captured live as the Elton John juggernaut was just building up steam, 11-17-70 features only Elton and the rhythm section that would propel him through the rest of the decade: Nigel Olsson on drums and Dee Murray on bass. Elton comes crashing out of the gate with a tempestuous version of “Take Me To The Pilot” and takes no prisoners for the next forty minutes. Everything on here outstrips the original in terms of energy and execution, from the recent “Burn Down The Mission” and forgotten Friends track, “Can I Put You On,” to the classic “Sixty Years On” and a lost B side, “Bad Side of the Moon,” that will blow you away.

It didn’t get great reviews, didn’t go gold, could be considered kind of stingy even, but among Elton live albums (admittedly a leprous lot) this is the one to own. The bluesy, ballsy, barrelhouse performance from Elton is larger than life; the audience on hand may have been a hundred-odd souls, but he clearly had in mind the thousands tuned in to radios and millions more who would crash down the gates to see a white English kid in glasses tear it up like the second coming of Little Richard.

Copping of the Stones and Beatles? No doubt presumptuous to some, prescient to others. The measure of a star is how brightly it shines in the black void around it. Elton shines on 11-17-70 like a great ball of fire, and any adhesion of the “star” label hereafter was merely a formality.

Design and photography by David Larkham.