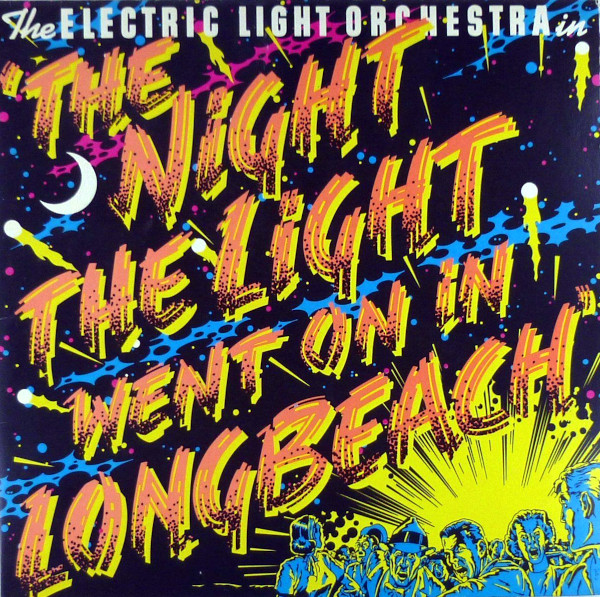 An early live album that was banished to the continent for its infidelities, only to return partially restored and redeemed years later.

The Electric Light Orchestra’s first live album suffered a similar fate as King Crimson’s Earthbound: shipped off to a distant German uncle after its UK and US relations deemed it an embarrassment. In the band’s defense, The Night the Light Went On (in Long Beach) is a good performance marred by a poor recording. In the 80s, the band found a better mix of the concert and re-released the album, but by then everyone who wanted it had already picked up an import copy in their local record store.

ELO had a pretty static setlist from night to night in support of their third album, On The Third Day, featuring half of that album plus material from their first and second albums. Also included in their live performance was a cover of The Beatles’ Daytripper and a brief violin showcase for Mik Kaminski. “Daytripper” is as much fun as you’d expect from a Beatlophile like Jeff Lynne, including a bit of naughty language that replaces “she’s a big teaser” with “she’s a prick teaser.” Missing from this album are the core of a setlist which would have included performances of “Oh No Not Susan,” “Ma-Ma-Ma Belle,” “Bluebird Is Dead” and “King of the Universe” — some of my personal favorites from their third album, although I’m not sure they’d gain much in a live setting.

In its remastered state, this is a fun ride. This version of 10538 Overture sounds even better than I remember (I can finally make out the lyrics!), Daybreaker gets things off to a rousing start and the solos on Showdown should be heard by every ELO fan. In the Hall of the Mountain King (which ends inexplicably with a quick version of Great Balls of Fire) and Roll Over Beethoven were never great classical-rock hybrids to begin with, in my opinion.

Personally, I felt a live album from the band was premature. Then again, I’m not sure any of this material would have made their live setlist after A New World Record (maybe “Roll Over Beethoven”), so it’s an interesting look at ELO in their early stage. The audio quality even in the remasters is less than ideal, but the painstakingly precise performances make up for it. The same people who would have shelled out good money for an import of this are probably the same people who will appreciate it today, so feel to skip this one unless you’re building a complete ELO collection.