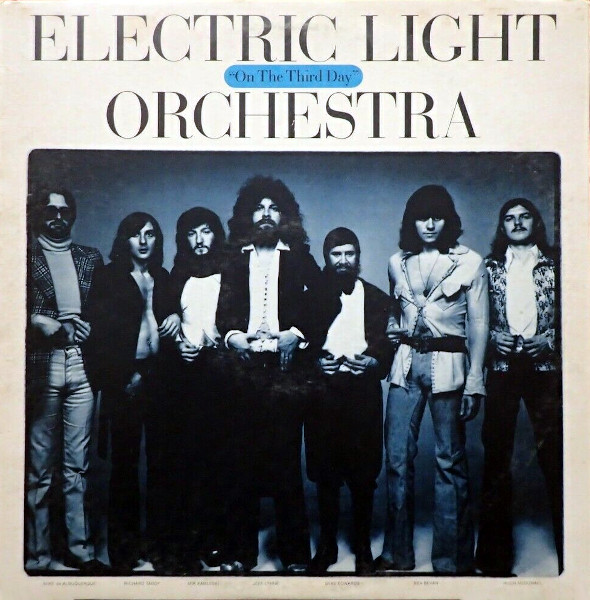 This album pushes more of my buttons, especially in the middle.

This has always been one of my favorite records from Electric Light Orchestra because it’s the first ELO record that consistently delivers on the promise of Magical Mystery Tour mark two. I would tell you that the songs featured between Ocean Breakup and Ocean Breakup Reprise represent some of their best material, bar none. Oh No Not Susan is a fair match for “Dear Prudence,” Bluebird Is Dead isn’t far removed from “Sexy Sadie,” and New World Rising gives us our first glimpse of “Mr. Blue Sky.”

The second side isn’t quite as effective, as it’s essentially a continuation of their last record, with ELO switching out some of their string section in the interim. Daybreaker and In the Hall of the Mountain King are moderately effective instrumentals, Ma-Ma-Ma Belle is Jeff Lynne’s take on “Woman from Tokyo” and Dreaming of 4000 hides a brilliant chorus in Lynne’s shrouded vocals. Despite being recorded first, these songs were wisely placed on the second side, as they’re in most cases inferior to what precedes them.

Beyond being half a very good album, On the Third Day marks a shift away from string-driven arrangements to synthesizers. Richard Tandy’s Moog figures prominently in the music, while the cellos and violins add spice to the arrangements in a supporting role. As a result, the music on ELO’s third album feels more streamlined and gave audiences their first taste of what many consider the classic ELO sound of classical meets disco. The single, Showdown, included on the US versions on OTTD, serves as the first course in this musical feast to follow.

Of interest, Marc Bolan is said to have joined the band during the recording sessions for On the Third Day and appears on several songs including the single version of “Ma-Ma-Ma Belle” and “Dreaming of 4000.” I can’t say that I hear his contributions, but the idea of Bolan and ELO playing together is infinitely cool all the same. For those who enjoyed the most Beatlesque moments of No Answer (“Nellie Takes Her Bow,” “Mr. Radio”) and found Electric Light Orchestra II too dense, On the Third Day is both a return to form and a pleasant metamorphosis.

All songs written by Jeff Lynne unless noted.

* Does not appear on UK version.

Original 8-track version
A1. Showdown
A2. In the Hall of the Mountain King
B1. Oh No Not Susan
B2. New World Rising
B3. Daybreaker
C1. Daybreaker (reprise)
C2. Ma-Ma-Ma Belle
C3. I’m Only Dreaming of 4000
D1. Ocean Breakup/King of the Universe
D2. Bluebird Is Dead
D3. Oh No Not Susan (reprise)