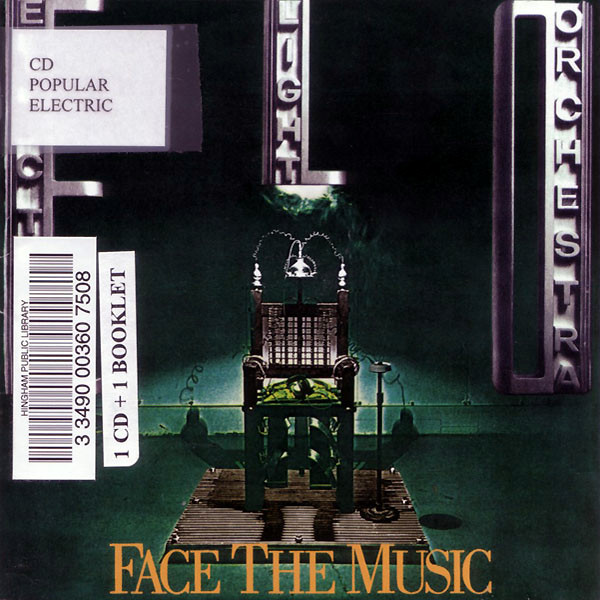 The mix of Beatlesque melodies, strings and studio sophistication further solidifies on Face the Music. The album produced a pair of massive singles: Evil Woman and Strange Magic. Beginning with another overture (this time the chilling Fire on High, one of several instances where backwards voices are used on the album), Face the Music features some very solid tracks (Waterfall, Nightrider, One Summer Dream) and a couple of clunkers (Poker, Down Home Town).

Historically, I’ve seen this and Eldorado as two of the less interesting chapters from the ELO story, simply because the filler-to-killer ratio seemed too high. But that was before I heard the 2006 remaster. The trouble with most of the early ELO albums is their murkiness. The remaster removes that veil, and the sheer beauty of songs like “Waterfall” and “One Summer Dream” is striking. The opening “Fire on High” (explored in an alternative mix as the first bonus track) is also more interesting in its remastered state, though still too eclectic for my tastes.

As the first album to feature Kelly Groucutt and Melvyn Gale, Face the Music marks a new chapter for ELO, ushering in a golden age of brilliant albums (New World, Blue, Discovery). The hits are absolute classics, while the misses in some cases barely miss being great songs themselves. I would avoid owning this (and most of the early ELO) on vinyl. The 2006 Epic/Legacy remaster sheds a far more flattering light on the music and adds one whole imaginary star to my impression of this album. The bonus tracks are also a nice touch (US single edit of “Strange Magic,” awwwright!) though secondary to the improved sound.

All compositions by Jeff Lynne.