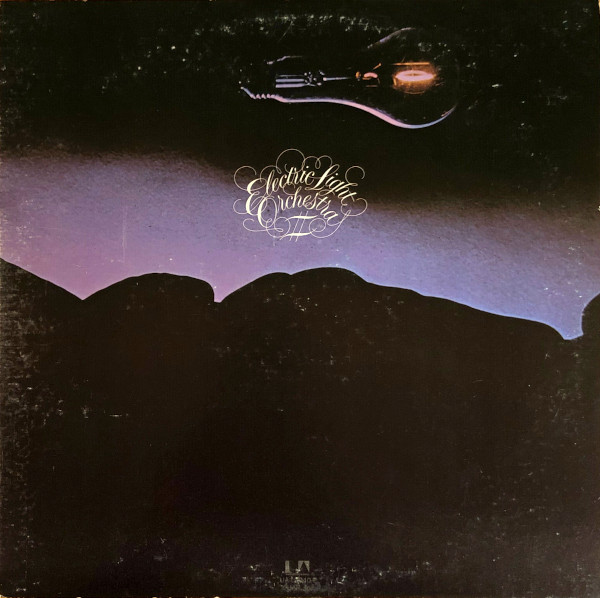 A re-tooled Electric Light Orchestra creates this imperfect but impressive frankenstein of classical and rock music.

Kronomyth 2.0: Without Wood, deeper into the woods they go.

Who needs ELP when you have ELO? The group’s second album isn’t exactly a progressive rock masterpiece, but it’s an occasionally brilliant attempt at making one. Having swelled the band to a septet – including two cellists and a violinist – Jeff Lynne scripts sometimes highly complex arrangements with tantalizing melodies and the first appearance of synthesizers on an ELO album. The trouble with Electric Light Orchestra II, and there is trouble afoot, can be summed up in two words: sound and vocals.

The record is, quite bluntly, poorly engineered; even the remaster sounds terrible. Likewise, Jeff Lynne has the kind of voice that cries to stay in the shadows, though it’s not so bad as Lynne himself seems to think. Using a masking effect and adding echo to his voice, Lynne renders his voice unintelligible and, I’m just going to say it, annoying. The opening 90 seconds of In Old England Town is amazing, but once Lynne opens his mouth the illusion is shattered. With seven people in the band, there had to be someone with a better voice, right? It’s just not mathematically possible that, among seven random people, not one of them could sing better than an asthmatic goat. On a positive note, Bev Bevan gets a brief drum solo on this song; there should have been waayy more drum solos on ELO songs.

Mama would have been my choice for the album’s single although, like everything on Electric Light Orchestra II, it would need to be edited down for mass consumption. The vocals aren’t so annoying this time and Lynne does a lovely job with the arrangements. Side two closes with a clever reworking of Roll Over Beethoven that manages to both rock harder than the original and find time for a classical movement in the middle. The original version of this song (included on the expanded, remastered edition) was much sillier, by the way, and may be why Lynne himself seems to recall this as a “wacky” album. There is nothing “wacky” on the official album, unless confessing to killing a girl’s parents (“Kuiama”) is your idea of wacky. Whacky, maybe.

From the Sun to the World marks (at least within ELO’s catalog) the beginning of Lynne’s love affair with the synthesizer. In my original review of this record, I referred to it as sounding like “Chicago on a bad acid trip,” and this was the song I had in mind when I wrote that. (I suppose I could have also just said that and saved you the history lesson.) As with the earlier “boogie,” Lynne’s vocals sound like the bogeyman on karaoke night. The album’s big, dark finale is Kuiama. This was my favorite number on the album as a kid, since you could actually excise the main song from its complicated surroundings and enjoy it much as you might enjoy a “Wish You Were Here.” Then again, I didn’t pay much mind to the lyrics back then, and assumed it was about a dying soldier telling his girlfriend goodbye. It isn’t. If you thought ELO was all blue skies and Xanadus, you should listen to this with the lyrics in your lap.

Electric Light Orchestra II is a brilliant experiment, but only partially effective. Nothing on here is as instantly catchy as “Mr. Radio” or “Queen of the Hours,” an oversight that Lynne, Bevan and their new associates would correct on the superior third album, On The Third Day. For those who wonder what ELO would sound like as a full-blown progressive rock band, however, Electric Light Orchestra II is a wonderful record.

All songs written by Jeff Lynne unless noted.

[Review] The Electric Light Orchestra: The Night the Light Went On (in Long Beach) (1974)