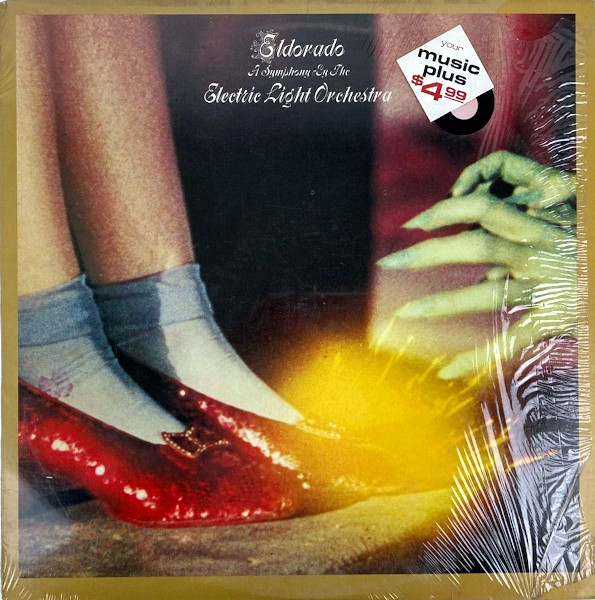 This concept album about an ordinary man’s escape into dreams is itself a kind of dream-come-true for prog fans.

Eldorado is a concept album about an ordinary man’s escape into a dream world. In other words, an allegory of the listener’s escape through music. In this case, the musical reference point is The Beatles. “Strawberry Fields Forever,” “Across the Universe,” “Sexy Sadie” and George Harrison’s “What Is Life” are quoted, directly and indirectly, in the music, and it’s clear that Jeff Lynne had his own escape into The Beatles’ music in mind when he wrote this album.

In the interest of full disclosure, I didn’t “get” this album until I paid more attention to the lyrics. Then, the theme became clearer, and the final escape of the ordinary man into his mythical dreamworld on the closing Eldorado had meaning. Viewed as different dream experiences, the songs on Eldorado take on their own life. Can’t Get It Out of My Head sets the stage after the dramatic Eldorado Overture, followed by a surprisingly tuneful tale of war, Boy Blue. It’s a case of the Electric Light Orchestra putting its best two feet forward.

The remaining songs each have their own personality. Laredo Tornado suggests an Indian song sung by a male soprano (it’s better than I’ve made it sound), Poorboy (The Greenwood) matches a nice melody with medieval imagery, and the whole story reaches its climax on Mister Kingdom, which is plainly based on “Across the Universe.” Lynne then reaches into the past for swing (Nobody’s Child) and early rock & roll (Illusions in G Major) to round out the set.

The album closes with the hero finding the key to the eternal dream and escaping the “cheating” and “broken” days of ordinary life. It’s a dream that many have wished for, though few have had the skill to set it to music. Which isn’t to say that Eldorado is a perfect album. It’s in sore need of a proper remaster, which Mobile Fidelity may finally have remedied in their 2022 release (I haven’t heard it, so I couldn’t say). And the decision to pattern much of the album after The Beatles does sell Lynne’s own songwriting short. That said, the band’s ambitions, classical orchestrations, and artistic vision, at least in their first incarnation, culminate here.