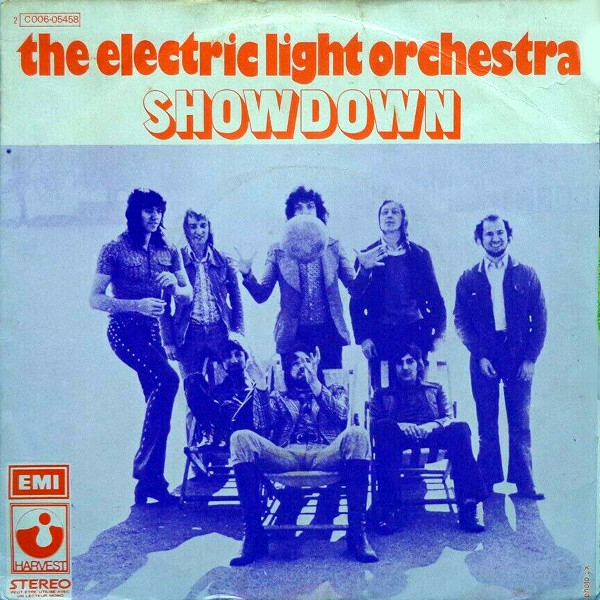 ELO scores another hit with their update on the Marvin Gaye classic, “I Heard It Through the Grapevine.”

Kronomyth 2.8: And it’s raisins all over the world.

The followup to “Roll Over Beethoven” took another popular song (this time, Marvin Gaye’s “I Heard It Through the Grapevine”) and gave it a classical/rock arrangement that anticipated disco with its funky bottom end and orchestral touches. It’s never been one of my favorite ELO tracks, although it was a welcome addition to the occasionally overblown On The Third Day. Better overblown R&B than watered-down Edvard Grieg.

The B side was a shorter, instrumental version of “In Old England Town (Boogie #2)” from the second album. The keyboards figure prominently in this version, which otherwise sounds like an instrumental reprise of the original (which, I suppose, it is). A short promotional film (music videos didn’t exist back in 1973) was made for Showdown on the banks of the River Thames. There are times when I wonder if Jeff Lynne wasn’t part of the FBI’s witness protection program.

* Appears as “In an Old England Town” in the US.