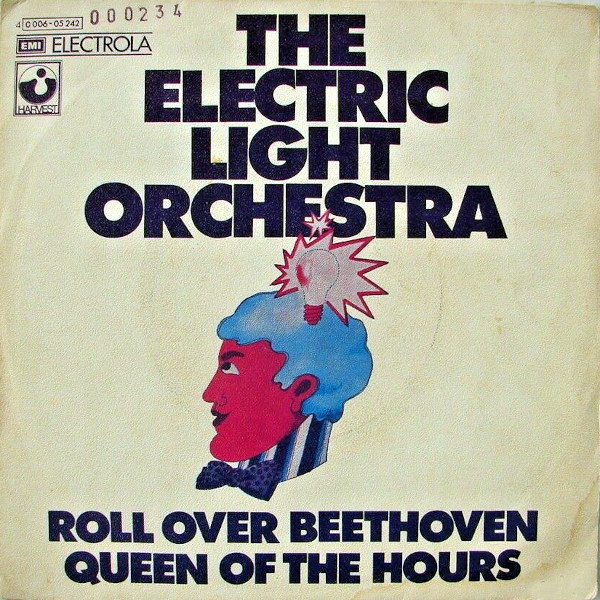 More Beatles than Berry and nowhere near Beethoven, it was a kindness that Ludwig was already deaf and dead.

Granted, this was more or less a novelty single, but the novelty of hearing classical and rock music together shouldn’t be discounted. Given the single’s international profile, it’s likely that Roll Over Beethoven opened a lot of ears and more than a few minds to the pleasant intricacies of progressive rock, even if the clever (relative to rock & roll) arrangement was cut down by half to a manageable four-and-a-half minutes. The shift in the middle of the song is abrupt, but you couldn’t reasonably expect radio stations to play an eight-minute song that wasn’t called “Freebird.”

The flip side in most of the world was Queen of the Hours, one of my favorite songs from Electric Light Orchestra‘s first album. Although “I am the Walrus” is its obvious reference point, there’s also more than a little of The Kinks in the sweet fiddle playing. Oddly, none of the single variations chose a B side from their second album, ELO II, although that may be because no one wanted to take the trouble of editing down another track.