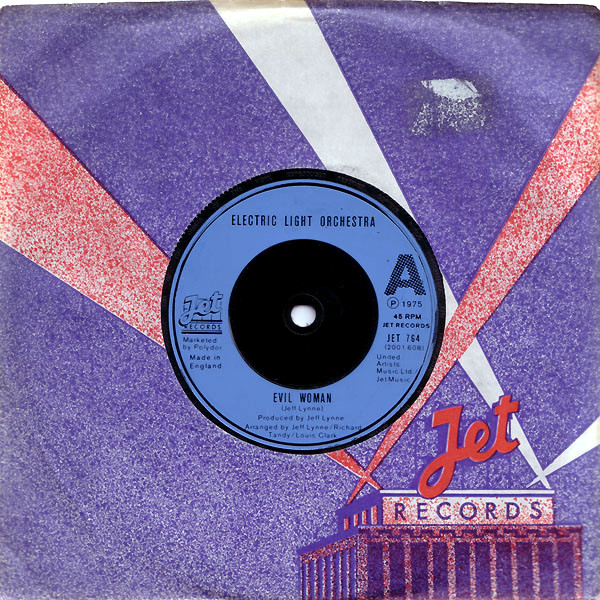 Long before Cee-Lo gave an F there was this kiss-off from ELO.

Just when I think I spend too much time on discographical detail, I stumble across a page like www.jefflynnesongs.com/evilwoman. This is what my web site sees when it dreams. For example, I usually fudge the release dates by a week or more and I’m lucky to know the German release has a different B side. What Robert Porter has assembled here is a monument of metamusical data around a single luminous star, Jeff Lynne. Amazing stuff.

Since I couldn’t possibly add anything to the discussion elowise, I’ll instead point out that the witch motif is one familiar in music: evil woman, devil woman, witchy woman, woman of the night, etc. So is the lady of the road, the lady unloved, the lady lost. And so Kronomyth 5.1 is a dark moon inhabited by an evil lamia whose rattlesnake tail tipped the scales in ELO’s favor for the rest of the decade.