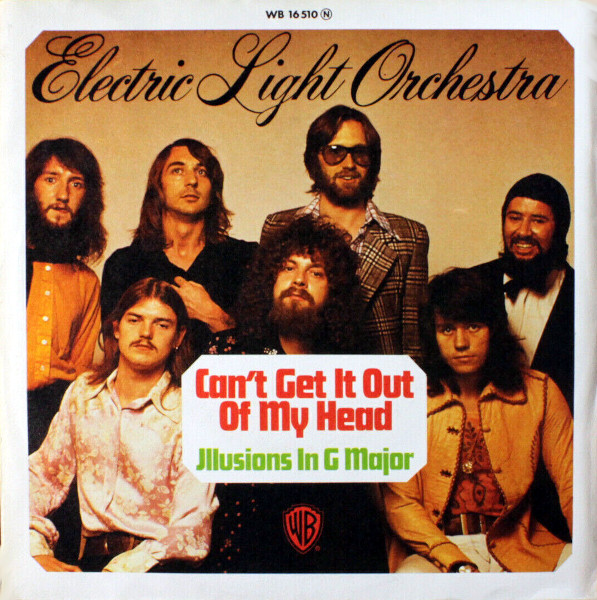 This is the single where their strawberry fields affections really blossomed.

This is the first single that I associate with the classic Electric Light Orchestra sound of synthesizers, strings and strawberry fields. An edited version of the song (they removed the instrumental bridge section) became their first Top 10 hit in the US and effectively ended the string of novelty singles that adapted rock & roll songs to classical rock (“Roll Over Beethoven,” “Showdown,” “Ma-Ma-Ma Belle”). In Australia and Germany, the full-length elpee version was used for the single.

It appears I’m not the only one who has trouble making out what Jeff Lynne is singing. In the lyric sleeve for Eldorado, the lyrics for “Can’t Get It Out of My Head” are listed as “Midnight, on the water / I saw, the ocean’s daughter / Walking on a wave’s chicane / Staring as she called my name.” Now, it’s possible that “chicane” could reference an S-shaped wave (it’s not technically the proper usage), but the line “walking on a wave she came” holds a lot more water.

Illusions in G Major is a throwback to the classical rock & roll hybrid of “Roll Over Beethoven.” The song either has horns in it or synthesizers that sound like horns, which gives it a kind of Muswell Hillbillies feel I don’t normally associate with ELO. During live performances of the song, Kelly Groucutt and Lynne shared lead vocals.