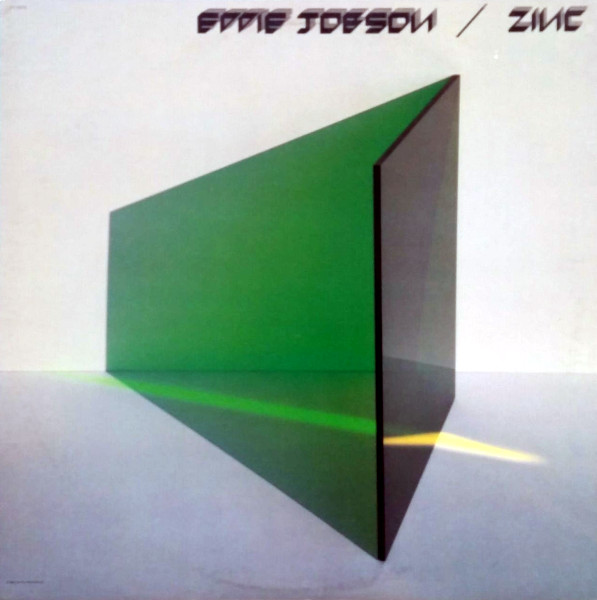 A color-coded concept album of a dystopian world where everything is green and everyone plays the Yamaha CS-80.

Kronomyth 1.0: The green is now the pink is next.

In between Asia’s breakthrough debut album and the looming arrival of 1984, former U.K. founder Eddie Jobson released his own dystopian synth-prog concept album with an ad hoc backing band confusingly dubbed Zinc. If you enjoyed Rick Wakeman’s 1984, Anthony Phillips’ 1984 or Tony Banks’ The Fugitive, the grass is just as green on The Green Album. Jobson sings (with the help of a vocoder), the popular Yamaha CS-80 (which has aged better than most of its contemporaries) is featured prominently and, if the story has holes (and it does), it’s stitched together nicely with forty minutes of interesting music.

Unfortunately, most listeners missed this album. Odd to think we lived in a world where Terry Bozzio (Missing Persons) and John Wetton (Asia) were making gold and platinum records while Jobson labored in the shadows. Then again, Jobson’s former U.K. bandmates understood the importance of a strong vocalist and not writing abstruse, color-coded concept albums. Largely absent from this album is the electric violin, used only sparingly, as Jobson focuses mainly on synthesizers. Personally, I think he overplayed the importance of synthesizers; the opening and closing Transporter I and Transporter II, for example, seem oversimplified. They’re the anomalies, though, as Jobson uses his keyboards to create more complex arrangements in line with what you’d expect from the principal musical architect of U.K.

Because the album alternates between songs and instrumentals, it picks up the story at intervals, which results in a piecemeal plot line. The glimpses of the story we get on Resident, Easy For You To Say, Think It Over, Green Face, etc. are interesting, but I’ve never been able to connect the dots. Maybe it’s about computers taking over human beings, an inner struggle between our human and increasingly digital halves, a deep distrust of the color pink… it’s anyone’s guess, really. Then again, A Curious Feeling and Smallcreep’s Day (the album, anyway) didn’t make a whole lot of sense either, and The Green Album is more tuneful than both put together.

Although I’m sure it wasn’t Jobson’s intent, I’ve always heard this record as a belated audition for Asia. No disrespect to Geoff Downes, but Asia with Eddie Jobson would have been a better band. As for Zinc (Michael Barsimanto, Michael Cuneo, Jerry Watts), they’re a crack outfit, they just didn’t have the cachet of a Carl Palmer or Steve Howe. And Zinc is only a part-time player in the show, with guest musicians (Alon Oleartchik, Gentle Giant’s Gary Green) ably filling in the gaps. Even with the added help, The Green Album is mostly a D.I.Y. affair, much like The Fugitive. It deserved an encore, maybe even a sequel (The Pink Album?); unfortunately, Jobson tried his hand next at a new age album, then focused on tv/film scores and advertising, where presumably the grass was greener ($$).

Music and words written and arranged by Eddie Jobson.