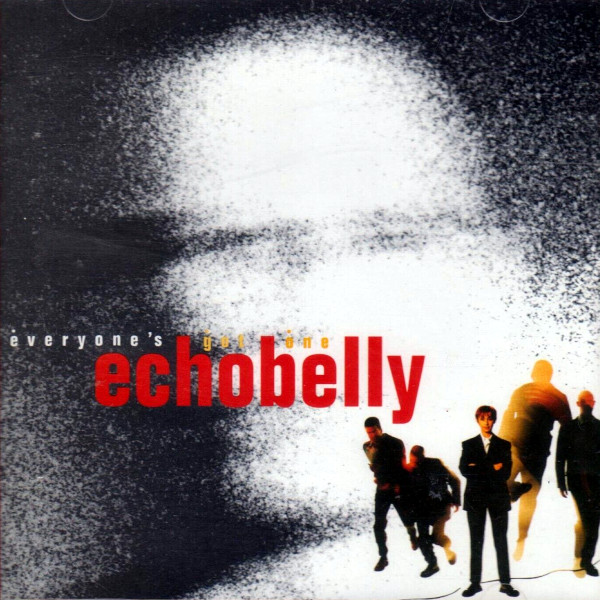 Pitchfork ranked this one of the top 50 Britpop albums. Okay, number 48, but still.

I admit to having a bit of a crush on Sonya Madan, who looked like Audrey Hepburn and sounded like Stephen Morrissey. In fact, I was in love with the whole Britpop scene: Blur, Super Furry Animals, Suede, Pulp, etc. For a while there, Parklife, Fuzzy Logic and On were in constant rotation on my stereo. Echobelly’s first full-length album, Everyone’s Got One, vaulted them to the top of the Britpop class. (Pitchfork even named it the #48 Britpop album of all time, because apparently they didn’t own a copy of On.)

Although Madan’s voice is central to the band’s appeal, Glen Johansson’s ability to come up with one great tune after another is just as vital to their success. The rhythm section provides plenty of bite and the whole thing comes together like Pixies meets The Smiths meets Lily Allen in the future. Although Echobelly never did score the major-label support of some of their peers, they left behind some brilliant music, and you’ll find a lot of that brilliance here: Insomniac, Today Tomorrow Sometime Never, Give Her a Gun, Close… But. The snigle from the album, I Can’t Imagine the World Without Me, is another great tune, although the video is a missed opportunity to make a statement.

Producer Simon Vinestock deserves credit for the album’s sharp production. For a first album, Everyone’s Got One sounds remarkably confident and consistent. A couple of songs were previewed earlier on the Bellyache EP (Bellyache, “Give Her a Gun”), while the Japanese CD version added a pair of bonus tracks, Centipede and Sober. The album ends with Scream, its darkest and most personal expression. Isolation, female empowerment and ego are dominant themes on the album, though it’s not as dark as all that. Madan’s carefree vocal delivery is liberating for the listener, and a catchy hook or winning chorus is never far behind.

Personally, I think Everyone’s Got One is an album everyone should have. The same goes with On. The group’s British/Swedish roots make Echobelly an exciting crossover of Britpop and Swedish pop/metal (e.g., The Cardigans), or a match madan heaven.

A1. Today Tomorrow Sometime Never
A2. Father, Ruler, King, Computer
A3. Give Her a Gun
A4. I Can’t Imagine the World Without Me
A5. Bellyache
A6. Taste of You
B1. Insomniac
B2. Call Me Names
B3. Close… But
B4. Cold Feet Warm Heart
B5. Scream

All songs written by Sonya Madan and Glenn Johansson.

Andy Henderson (drums, percussion), Glenn Johansson (guitars, mandolin, additional vocals), Alex Keyser (bass, piano, whistle), Sonya Madan (vocals), Debbie Smith (guitar) with Miles Bould (percussion on A6), Audrey Riley (cello on A6/B4), Lino Robinson (piano & String arrangement on A4), Barbara Snow (trumpet on A4). Produced by Simon Vinestock except B2 by Clive Martin; engineered by Ronen Tal except A4 by Nick Addison and B2 by Clive Martin; A4 mixed by Alan Moulder and B2 by Simon Vinestock.