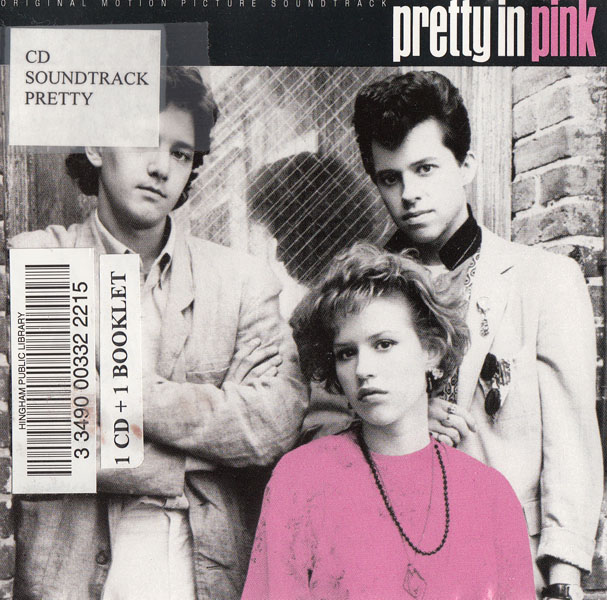 By now, you know the formula: a funny, coming-of-age movie featuring Molly Ringwald and a stylish alternative/new wave soundtrack.

Written by John Hughes (Breakfast Club, Sixteen Candles, yes, I know who John Hughes is), Pretty In Pink was a likeable film that originally incurred my ire for its limpd*ck remake of The Psychedelic Furs’ guttergirl anthem. I mean, that song the first time charged at you like a train; here it kind of prances along politely because, well, there are children in the audience. (No such concerns at Progrography, apparently.)

As I’ve probably mentioned before, often, the alternative artists from the early 80s were like a closely guarded secret to me, and I didn’t much like sharing them with everybody. INXS, have at them, no skin off my banana. New Order too, since I never knew what to make of them. But Echo and the Bunnymen, The Smiths, OMD and the Furs were meant for the fringes, and the idea of them being swept into the mainstream always rankled me. Years ago, I stamped OMD a sellout for “If You Leave.” I’ve softened with age, however, and listening to it today I’d tell you it’s omd-lishus. (No such amnesty for Simple Minds.)

At the time of its release, this soundtrack was the only place to find “If You Leave,” “Shell-Shock” and remakes of “Pretty in Pink” and “Left of Center,” each of which had some success as singles. You’ll find those songs now (plus the earlier Bunnymen and Smiths tunes) on the artist’s respective compilations, and what remains (a Nik Kershaw cover by Danny Hutton, a track from Prince courtier Jesse Johnson) is pretty much filler. So the albums you’re really looking for are The Best of OMD, Songs To Learn & Sing, Louder Than Bombs, Tried And True, etc. John Hughes clearly had good taste in movies and music, they just don’t taste good together.