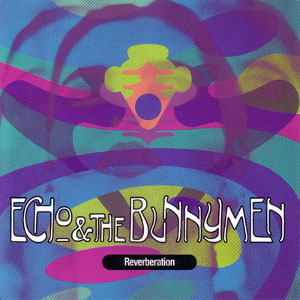 Ian was gone and Pete was gone gone and all that remained was a familiar Echo. At least that’s how the would-be elegists wrote it, since to them the head was gone and only the arms kept twitching. I won’t accord vocalist Noel Burke the high honors heaped at Ian McCulloch, but the man can carry a tune and doesn’t sound any worse than Ian Astbury to these ears. The resulting Echo sounds like Eastern gothic psychedelia, a sure recipe for indigestion you would think, but the songwriting is pretty damn solid. “Enlighten Me,” “Gone, Gone, Gone,” “Thick Skinned World” and “Freaks Dwell” are all strong tracks, and four strong tracks on any Echo & The Bunnymen album is an accomplishment. There are a lot of interesting instruments on Reverberation: autoharp, cello, tabla, mellotron, sitar. As exotic as these ingredients are, the reconstituted Echo lacks the subtle flavor found on Ocean Rain, instead sounding a lot like The Cure (not that the comparison is something new). However, I’ve wandered through too many cardboard castles with The Damned to call Reverberation a superficial record. Will Sergeant and Les Pattinson aren’t trying to sound like Echo, they’re the genuine article, and this record makes clear just how large a role they played in the band’s earlier music. (Had Pete de Freitas survived, it’s likely he would have remained with the band, which underscores the “new” group’s legitimacy I suppose.) But fans weren’t having any of it, and held their breath until Ian returned for Evergreen. If the idea of Dave Vanian fronting Echo & The Bunnymen seems an affront, then feel free to take your drum machine and go home. For the rest of us, Echo and Reverberation are one and the same.

All songs written by Echo & The Bunnymen.

The Plastic
Originally released on November 1990 in the UK (Korova, KODE14), on December 1990 in the US (Sire/Warner Bros., 26388) and in Germany (Korova, 72553) in elpee, CD and cassette formats. The album failed to chart in the UK or US, and longstanding label Korova chose not to stand by their bunnymen for another.