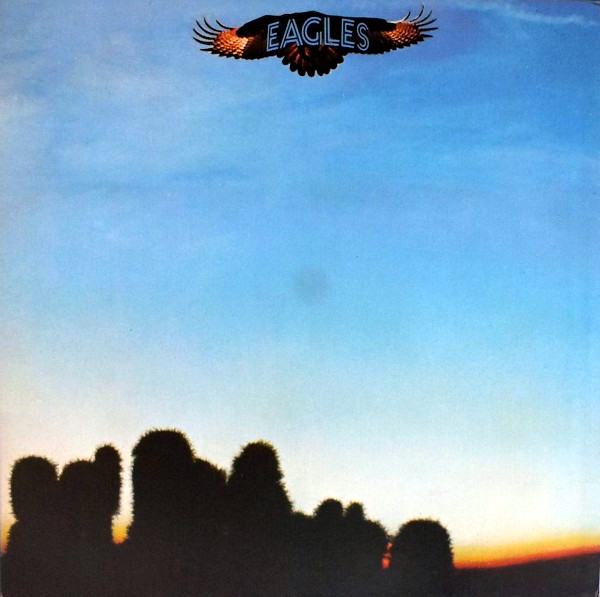 Kronomyth 1.0: Byrds of a feather rock together.

With The Byrds and The Flying Burrito Brothers both grounded and CSN&Y splintered, Eagles picked the perfect time to try out their wings. Any doubt that you were witnessing the future of country-rock is answered in the opening minutes of Eagles. Take It Easy, one of two tracks on Eagles’ debut album written by an up-and-coming Jackson Browne, is a three-and-a-half-minute joyride that straddles the yellow lines between country and rock perfectly.

Like The Byrds and Buffalo Springfield, there was no pigeonholing Eagles. The next track, Witchy Woman, has more to do with Indian dances and disco than country music. And so begins a series of songs from strong musical personalities that offers a spectrum from country to rock, perhaps in order of Bernie Leadon, Glenn Frey, Don Henley and Randy Meisner, with Leadon on the country side and Meisner more inclined to rock out like Neil Young.

Eagles contains some of the band’s best music: “Take It Easy,” “Witchy Woman,” Peaceful Easy Feeling and Train Leaves Here This Morning. Now, you may notice that most of those tracks are written by other people; Browne already had the first part of “Take It Easy” written, “Train Leaves Here This Morning” first appeared on The Fantastic Expedition of Dillard and Clark. So maybe the first album is a case of something old and something new, something borrowed and something blue. It’s also a reason to get excited about country-rock all over again.

There’s no denying that half of this album is terrific, just as there’s no denying that half of it is not. Frey (Chug All Night), Henley (Nightingale) and Meisner (Tryin’) are each responsible for at least one clunker. As the band began to write together, the material became more consistent. Still, what Eagles lacks in consistency it makes up for in awesomeness. For the newly formed quartet, the sky was indeed the limit.