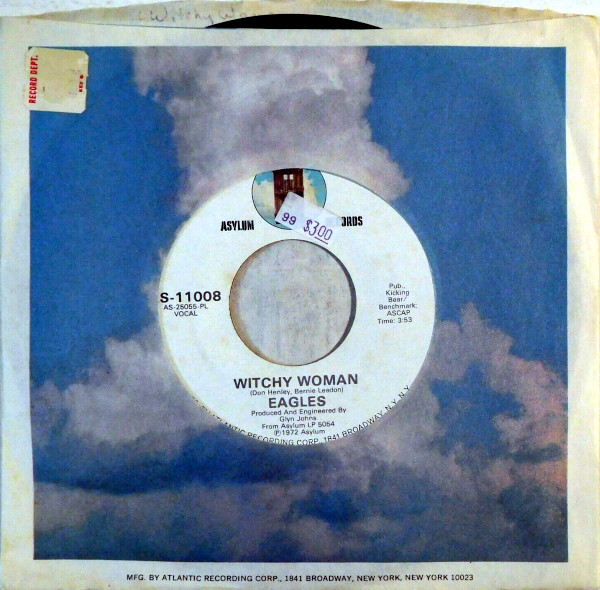 Bernie Leadon heated up an old Burritos idea, Don Henley added some lyrics about Zelda Fitzgerald, and the result was pure, white magic.

Kronomyth 1.2: The legend of Zelda.

When an AMG reviewer wrote that “Witchy Woman” began a “career-long examination of supernaturally evil females,” I remember thinking that was pretty observant, instantly conjuring “Hotel California” in my head. But then I had trouble coming up with another Eagles song about a supernaturally evil female, and wondered how I’d been duped so quickly. Sung by Don Henley, the song has more to do with 70s studio rock than country music, but Eagles never claimed to be anything more than urban cowboys. The flip side, “Earlybird,” is an authentic hybrid of country and rock, featuring Bernie Leadon on banjo and vocals.

Honestly, neither tune would rank among my Top 10 Eagles songs, although I’ve learned to appreciate both over the years. The music from “Witchy Woman” actually pre-dates the band, Leadon having written it while with The Flying Burrito Brothers. Don Henley added the lyrics after reading a book about Zelda Fitzgerald and combining that research with his own experiences of women who practiced white witchcraft. (Source: Don Henley reveals the inspiration to “Witchy Woman.”)

*Appears as “Early Bird” in some regions.