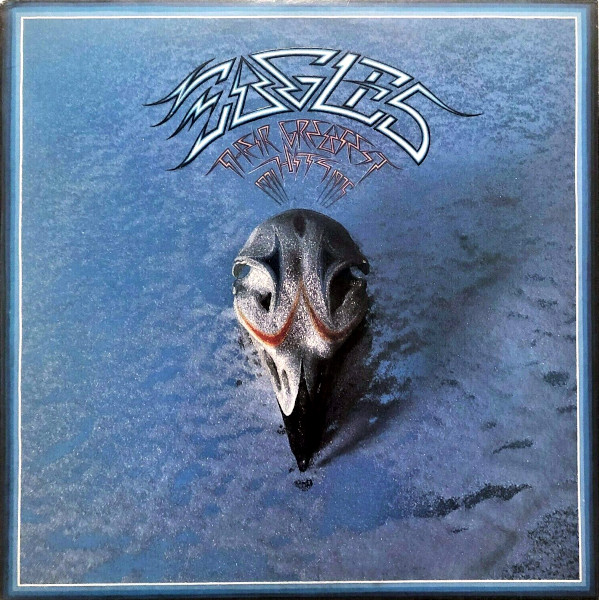 The #2 selling album of all time, behind Michael Jackson’s Thriller.

Kronomyth 5.0: You can’t hide your lionizing.

You know, I almost reviewed this. Almost. But I have a little more respect for my time. For our time, really. Are Their Greatest Hits great? Please. It’s sold over 29 million copies in the US to date. 29 million. What are the chances you don’t already own it, don’t already have an opinion on it? Better to lecture you on the importance of breathing. (You really should.)

If only piracy weren’t crippling the recording industry, that 29 million might have swelled to 30 million. Fortunately, the RIAA is on it. They’ve identified the 12 piracy cities (not to be confused with the pirate cities such as Parrotsburgh and Aarghlington) where music piracy is the most, um, hot. (Apparently, it has a temperature.) Actually, the RIAA press release called them “havens” for music piracy (and no, New Haven wasn’t on the list, since it’s technically a hovel). The release goes on to state that 95% of all pirated music seized last year was urban or Latin music. (Crickets.) So, people, those pirated Eagles CDs are probably still out there. They’re still (because they’re only targeting black and hispanic people) out there.

Only kidding, since piracy is serious stuff. The idea of people making CDs in some Burner Lab in the United States without paying royalties sickens me. That’s just not the American way. Were they to move the lab to China and staff it with children, that would be a damned sight more American.

It’s their greatest hits, people. It’s not like you were going to get anything useful out of the review anyway. Just let it go.