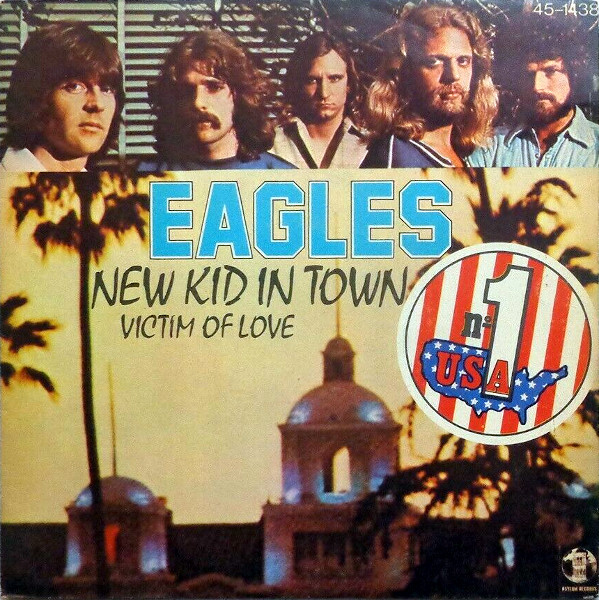 Maybe the Eagles were over themselves, but the rest of the world wasn’t, as this single topped the US charts.

Just a personal observation, mind you, and not the sort of thing meant to rankle Steely Dan fans. Note that the single version runs fifteen seconds shorter than the 5:04 elpee version; just enough time to squeeze in one more radio commercial. “Victim of Love” is the same as the elpee version and demonstrates why having two lead guitarists in a band is a good thing.