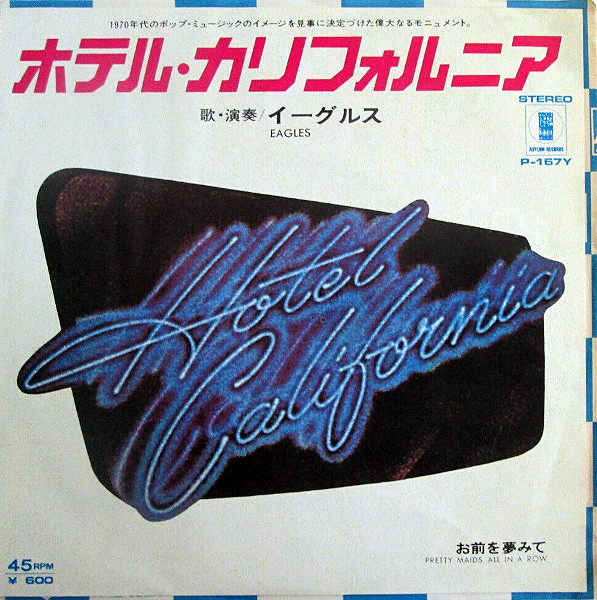 Fear no Eagles, I say, although some have seen darker designs in this classic tale of lost souls.

Probably the creepiest song Eagles have ever written, edging out “Witchy Woman” by a few bats’ wings at least. Speculation about the track has always run rampant, prompting me to check out what the Internet had to say about the matter. Lo and behold, the fine folks at Snopes unearthed all manner of weird rumors about Hotel California. Very interesting stuff, especially for aspiring acolytes of evil who might accidentally burn a taper to this topper. The song originally appeared alongside the steely danderful “Pretty Maids All In A Row,” which featured Joe Walsh on lead vocals, piano and synthesizer.

I’m surprised that no one has made a movie based on this film. There have been several films named Hotel California, but they don’t have anything to do with the dead. They did make a movie called Motel Hell, but that was so bad they pitched it as a parody. Which reminds me: When are we going to see more of Hazbin Hotel? It would be nice to see a real studio (Cartoon Network?) throw some money behind it.